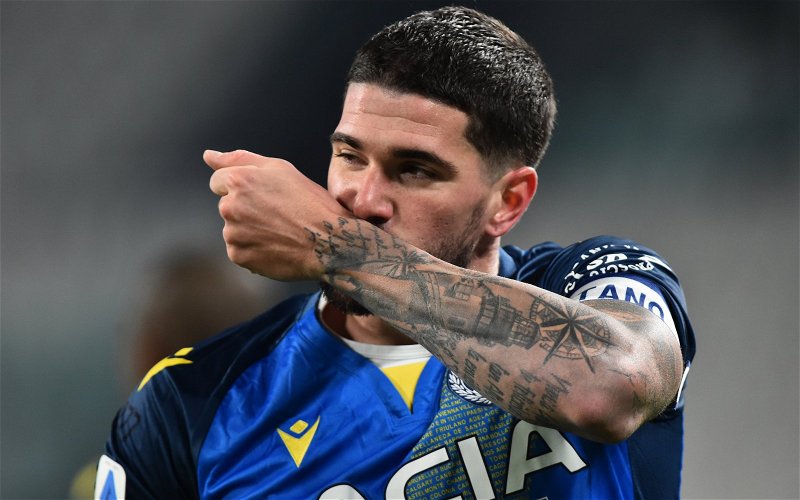 Liverpool have been warned that signing reported target Rodrigo De Paul this summer would cost “a lot of money” as reported by CalcioMercato.

Udinese star De Paul is believed to be among the leading contenders to replace Gini Wijnaldum this summer as the Dutchman fast approaches the end of his contract on Merseyside.

However, general director at the Serie A side Pierpaolo Marino, has reiterated the club’s stance on the 26-year-old and confirmed there’d be no cut-price deal amid interest from the Reds, Leeds United and Inter Milan.

He said: ”It takes a lot of money to get them, but it’s not like we went looking for potential buyers. I don’t have the problem of needing to advertise them. If someone doesn’t realise how strong they are, selfishly, it’s better for me.”

De Paul, a winger capped 19-times by Argentina and compared to Aston Villa star Jack Grealish, has been a star performer for Udinese in the last four Serie A seasons, contributing directly to at least 10 goals in each campaign.

Signing De Paul isn’t necessarily a direct replacement for Wijnaldum, but the creative Argentine would be a superb signing as the Reds look to partially rebuild over the summer.

Should Marino’s insistence for a premium fee ring true, previous reports have suggested Udinese would demand around €40m (£34m) for their captain – in line with the £31.5m valuation placed on his head by Transfermarkt.

Jurgen Klopp will certainly be on the lookout for summer recruits having been unable to stop the demise of his crestfallen side this season.