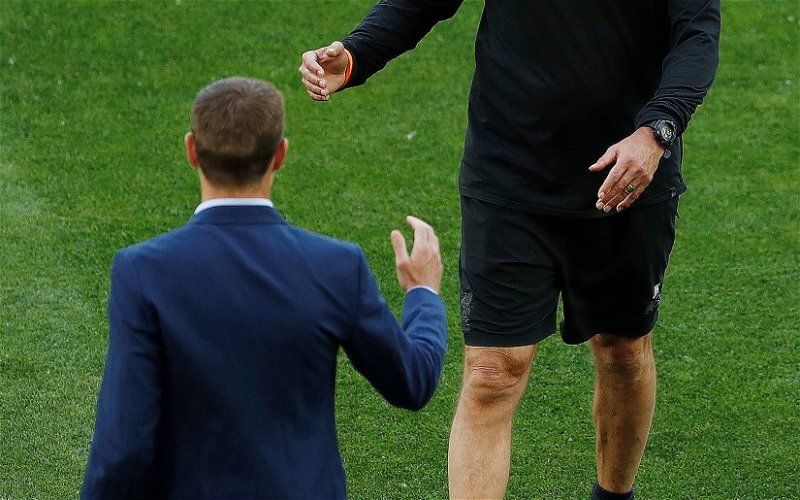 Liverpool legend Steven Gerrard has addressed speculation around the Rangers boss taking over from Jurgen Klopp anytime soon, and Kopites loved what he had to say.

The speculation has arisen following Gerrard leading Rangers to their first Scottish Premiership title in a decade, coinciding with Klopp’s side enduring their worst slump during the German’s reign.

However, the 40-year-old, who played a staggering 710 times for the Anfield club, has dismissed the possibility of taking over on Merseyside anytime soon.

”Look, the Liverpool fans don’t want me to be the manager of Liverpool Football Club,” he said, per the Mirror. ”They want Jurgen Klopp to continue to be the Liverpool manager – and I’m totally with all of them.”

Gerrard added: ”We shouldn’t talk about this, we have one of the best managers leading our club at the minute, I love him. I hope he stays for a few more years. But I’ve got a job here. I don’t think it’s helpful to talk about this and I hope Jurgen stays at Liverpool for many years”

Wholehearted backing of Klopp, describing Liverpool as ‘we’ whilst confessing one day he may return to manage the club, what’s not to love?

These Reds certainly enjoyed it…

Just love the way he says "WE"

Yes we do love klopp…. And we love you too.. keep growing Stevie YNWA!!

I love this man beyond words

We don't want him as Liverpool manager yet, but blimey I'd love to see Stevie G in the dugout one day if he carries on with this level of success ?#LFC https://t.co/zymfpjgid8