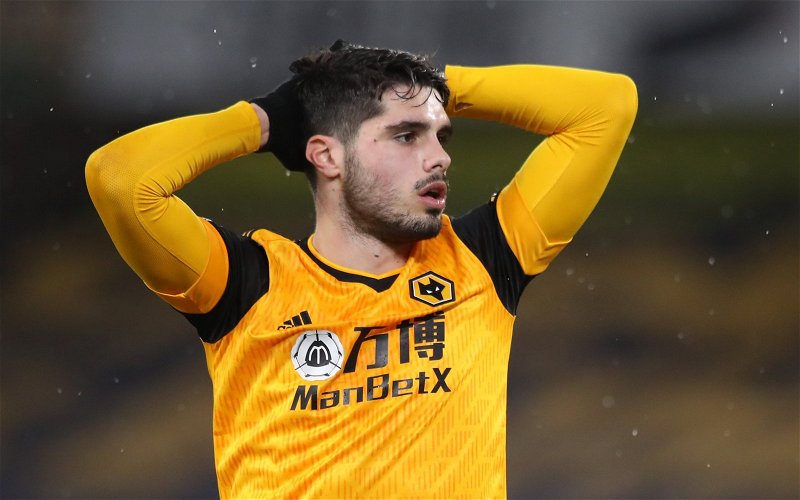 It has been suggested Liverpool are set for a busy summer transfer window as Jurgen Klopp looks to put together a squad capable of challenging for the Premier League once again.

Having swept aside all before them to lift the 2019/20 title, the Reds defence, quite literally, has gone away without a whimper.

Whilst defensive injuries will ultimately be underpinned as the reason behind the dramatic failure, it’s a worrying lack of cutting edge that has blighted the recent poor form.

To that end, Klopp is expected to prioritise a forward arrival in the summer, and Wolves ace Pedro Neto has been mentioned in passing.

The Portuguese winger has enjoyed a superb campaign for the Midlands club and perhaps due to being cut from similar cloth to new Liverpool star Diogo Jota, Kopites have been urging the club to sign the next man off the Molineux production line.

Despite remaining on the periphery of Monday nights clash, in part due to a superb defensive display from Trent Alexander-Arnold, some members of the Anfield faithful still want to see Neto in red…

Think Neto would be a great addition to Liverpool. Young, pacey and lots of room to grow. #WOLLIV

Looks like Neto will be off to Liverpool if he’s still in Trents pocket on the way home ? pic.twitter.com/aF9prKBveo

Archetypical FSG signing, made for our team IMO.

Others were less impressed…

If tonight was an audition for Pedro Neto, he failed it miserably. Brilliant player had absolutely no impact tonight. #LFC #wolvesliverpool

Was he exciting last night? Barely saw anything from him… it all came from the right side in traore… Neto looked tired