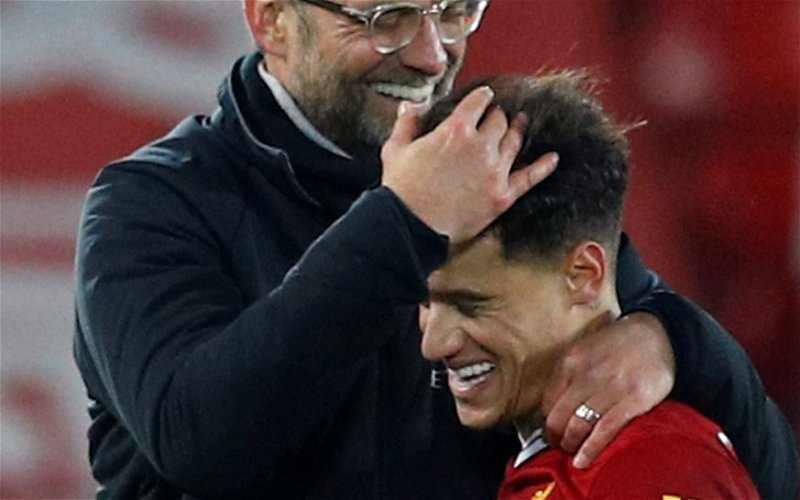 According to an in-depth report from The Athletic this weekend, Liverpool will prioritise signing a centre-back and a striker when the transfer window opens this summer.

Whilst that’s all well and good, not signing a central midfielder with a difference would be a major oversight from the Reds.

Having struggled to break sides down, particularly at Anfield, who look to defend deep and make life difficult for Liverpool’s influential full-backs to stamp their authority on the game, Jurgen Klopp has needed to call upon a player he simply doesn’t have – a number 10.

Whilst we all marvel at the work done by Roberto Firmino down the years as he drops deep to create space for Mohamed Salah and Sadio Mane to wreak havoc, and we start to see the best of Thiago in a Liverpool shirt – neither man is likely to become an assist master capable of breaking down the lowest of low blocks.

Thiago meanwhile, a technically gifted footballer in his own right, has never been one for the final killer ball, more the pass before the pass. His best return was six Bundesliga assists for Bayern Munich in 2018/19.

When you consider the leading assist maker in the Premier League currently, Harry Kane, has 13 to his name already, it’s easy to see why those two aren’t necessarily the answer.

Although those who predicted Liverpool’s downfall when Philippe Coutinho left the club for Barcelona were proven wildly inaccurate, in many ways the Reds could use a player of the Brazilians ilk once again.

Klopp has always advanced that his side doesn’t require a number 10, often a luxury player who wouldn’t buy into the Gegenpressing, rock and roll style football the German loves, however, the time may have come to reassess that notion.

With the reliable Dutchman, Gini Wijnadlum, likely to move onto pastures new this summer and question marks over the futures of Xherdan Shaqiri and Alex Oxlade-Chamberlain at least, there is certainly space in the squad for a more creative midfield type – and Liverpool should bite the bullet.

By comparison, the pair have eight between them this season as we approach the last 10 matches – Firmino leading the way with just five – underlining both the Reds’ struggles and the fact opposition sides may have learnt how to deal with the attacking full-backs.

Therefore Klopp needs to find another way, and a more creative central threat would be ideal to change up what can be a one-paced midfield.

Who that man could be is up for debate, with Coutinho perennially linked back to Anfield and reportedly available as Barcelona look to balance books, as well as Udinese captain Rodrigo de Paul also heavily linked.

There is a third candidate already in the ranks, Curtis Jones. Although not utilised as a natural number 10 yet in his fledgeling first-team career, the Scouse midfielder certainly has the attacking quality and has already proven his eye for the spectacular in his short time at the top.

Whoever it is, it needs to happen. Klopp doesn’t need to reinvent the wheel this summer, it certainly needs some tweaks and the odd careful modification.