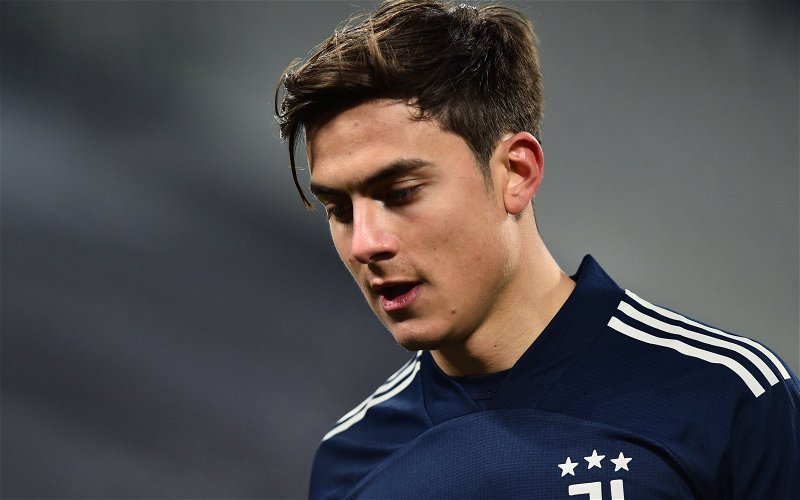 Juventus star Paulo Dybala would be a ‘phenomenal’ signing for Liverpool this summer, according to former England goalkeeper Paul Robinson.

Dybala has been linked with the Reds recently as Jurgen Klopp looks to orchestrate a summer shake-up, and Robinson told Football Insider the 27-year-old would fit the bill at Anfield.

“Dybala is a world-class player, what a signing he would be. He would be a massive addition to any squad.

“It is very hard to find players who can join or disrupt Liverpool’s front three. They have misfired this year but (Diogo) Jota has come in and has forced Jurgen Klopp’s hand into playing all four of them at times.”

The Juve star enters the final 12 months of his contract at the Allianz this summer and the Reds could be in line to swoop should no agreement be forthcoming.

“The front three are not invincible, they have been nowhere near the level of performance of previous years so someone like Dybala coming in would add another dimension.

“Liverpool should go for him because he is capable of playing across the front line and he would be a great option as a false nine. He would be phenomenal in that Firmino role.”

Capped 29-times by Argentina, Dybala is an established elite level footballer who has played 244 times for Juventus scoring 98 goals.

There’s no doubting singing the Argentine ace would give Klopp a whole new dimension to his attack.

Capable of operating as a false nine, similarly to Roberto Firmino, or as a recognised frontman, Dybala would be a huge coup for the Reds and offer immediate competition to the entire frontline.