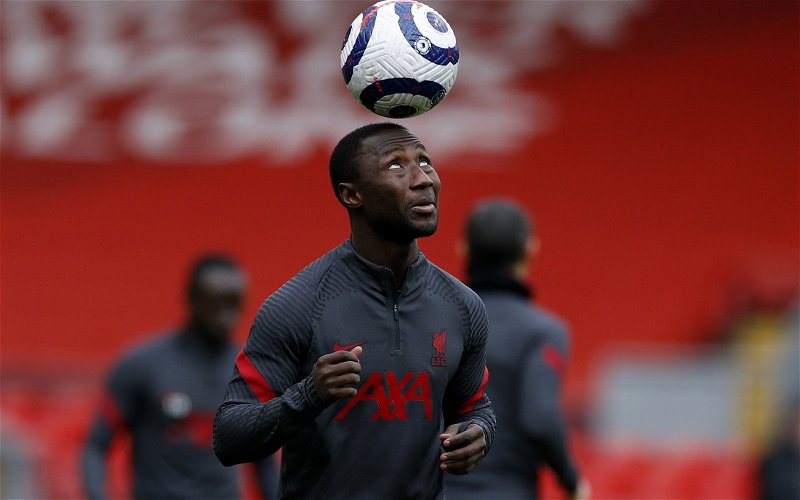 Liverpool midfielder Naby Keita is reportedly a target for Real Madrid and Reds have been having their say on Twitter on the future of the star.

Supremely talented, Keita has never truly flourished on Merseyside due to persistent injury problems, leaving many frustrated with their £48m man (BBC).

The report from Spanish outlet Todofichajes claimed the La Liga giants and Liverpool’s UEFA Champions League quarter-final opponents, were willing to offer the Guinean a £25.7m escape route from Anfield.

Whilst this may be a significant loss on the 26-year-old, few Kopites would profess that his time at the club has been an unequivocal success.

They can have him! Lol

If he is good enough for Real Madrid rotation then he can do the same for us. No sale unless £70m+ (Edwards masterclass)

Il take him to the airport ??

Ha! As if he would pass a medical

Naby Keita owes us. We haven’t seen his best in red, we’ve only seen glimpse. Keep him at all costs @LFC https://t.co/JR3TXZp7Jn