Report: Adrian ‘will not continue at Liverpool’ 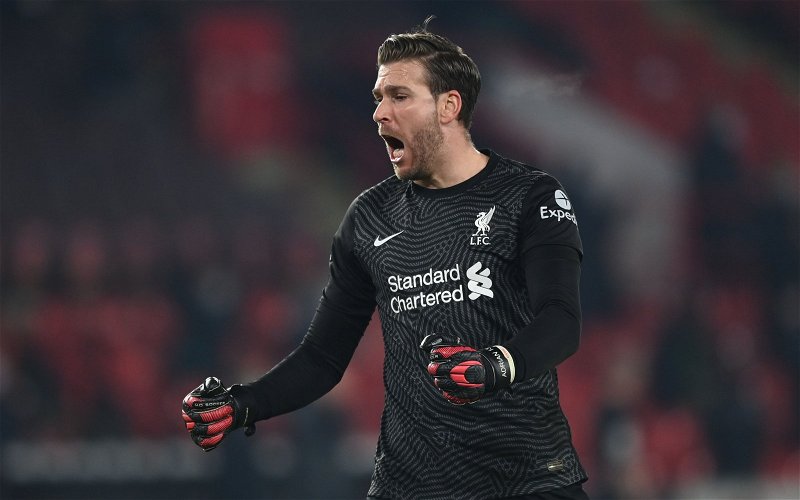 Liverpool goalkeeper Adrian ‘will not continue at Liverpool’ at Anfield beyond this season according to a report from Spanish outlet Fichajes (via Sport Witness).

The 34-year-old’s contract expires at the end of the season and it looks as though his time as a Red will come to an end at that juncture.

Perhaps fittingly, the former West Ham stopper is believed to want to retire back at Real Betis where his career began way back in 2004.

Signed rather on a whim as a free agent on the eve of the 2019/20 Premier League season, Adrian was almost immediately thrust into action when Alisson Becker came off injured against Norwich in the first half.

That was the first of 24 Liverpool appearances to date for the Sevilla born ‘keeper who proved to be the hero in the 2019/20 UEFA Super Cup penalty success.

Since then Adrian has been usurped as understudy to Alisson by young Irish stopper Caoimhin Kelleher – all but sealing the Spaniard’s fate.

As free agents go, Liverpool will be relatively pleased with the signing and subsequent impact of Adrian.

Albeit thwart with the occasional worrying moment, overall his time at Anfield will have to be deemed a success, having featured during one of the most successful periods in the club’s history.