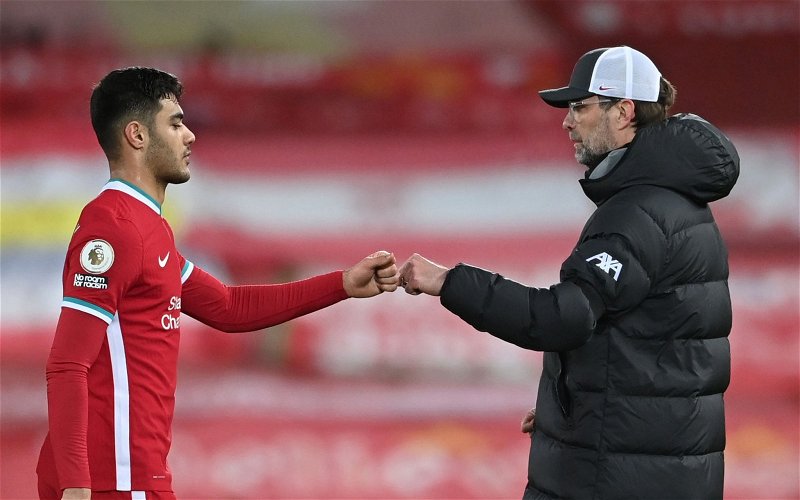 Liverpool could be set to bolster their defensive ranks to the tune of two summer centre-back arrivals according to a report from the Sunday World.

Having been ravaged by injury this term Jurgen Klopp was left with little option but to sign two emergency central defenders on transfer deadline day back at the start of February.

With Ben Davies yet to feature and Ozan Kabak slowly but surely convincing the Reds he is worthy of the club activating an £18m option to buy at the end of the season, Jurgen Klopp has reportedly set his sights on two new arrivals this summer.

Beyond just bodies through the door, as was perhaps the case on a panic-stricken deadline day, Klopp is believed to have earmarked signing an experienced defender, as a replacement for an injury-prone Joel Matip and a promising youngster who will blossom at the club.

The latter of whom may well turn out to be Kabak, who turned 21 last Thursday, whilst links with Kalidou Koulibaly have surfaced recently, perhaps the ‘experienced’ operator mentioned.

If this season has taught us anything it’s you can never have enough central defensive options in the squad.

Unfortunately for both Matip and Joe Gomez, injuries continue to plague their Liverpool careers, whilst nobody can be sure how Virgil van Dijk will return from such a serious setback.

The pre-agreed £18m for Kabak is looking more like an astute business with each passing performance and the Turkish international has already all-but secured his long-term future.

Singing an experienced defender to act as cover and perhaps competition for a first-team role makes a whole world of sense and will allow Liverpool to potentially fight on domestic cup fronts as well.