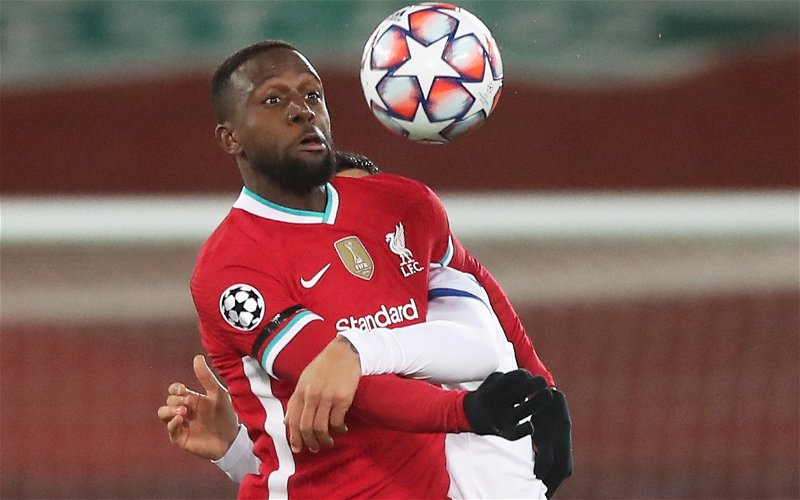 Liverpool striker Divock Origi appears to have a precarious future on Merseyside this summer, as reports emerge from Italy claiming the Belgian has been offered to Inter Milan.

As per Calciomercato (via SempreInter), Origi has been made available to the Nerazzurri as a fourth striker to supplement Lautaro Martinez, Alexis Sanchez and compatriot Romelu Lukaku.

The report states, as a matter of fact, that the 25-year-old ‘will leave Anfield’ at the end of the season, citing Jurgen Klopp as losing faith in the Belgian frontman, something which has been reflected in his lack of game time this season.

Despite being under contract until June 2024 at Anfield it looks increasingly likely that this campaign will be his last as a Liverpool player.

With reports elsewhere citing Borussia Dortmund as also holding an interest, the Reds could have a bidding war on their hands.

Whilst an initial loan move is believed to be Inter’s preferred method, that is unlikely to be of any interest to Liverpool.

Klopp needs to fund a striker arrival this summer, therefore should sell Origi to the highest bidder.

Although it may seem slightly unfair to cast aside someone who has given such joyous moments during his time on Merseyside, the simple truth is his recent levels have been well below what’s required.

Any fee upwards of £15m would be a huge boost to Liverpool’s transfer kitty.