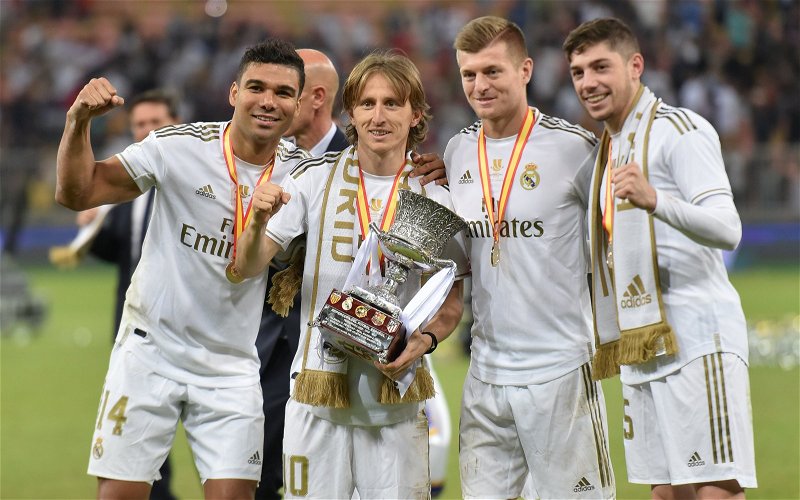 Real Madrid suffered a double injury blow on Tuesday ahead of their Champions League quarter-final clash with Liverpool next month.

Midfield duo Toni Kroos and Federico Valverde both picked up knocks and are doubts ahead of the first leg in Madrid in a fortnight’s time, according to Diario AS as reported by Football Espana.

Neither have been ruled out altogether, however, both face a race against time to prove their fitness after Valverde has suffered a muscular injury and Kroos suffered an adductor injury whilst away with Germany.

Valverde, a 22-cap Uruguay international, has made 22 appearances across all competitions this season and the 22-year-old has been a growing influence in Zinedine Zidane’s squad.

Kroos, 31, meanwhile has remained a key player at Los Blancos, playing 35 times this season to add to his astonishing 101 German caps.

Liverpool are all too familiar with injury issues this season and many Reds would perhaps be pleased to see upcoming opposition struggles.

Valverde’s absence would no doubt be a blow to Real, but football fans worldwide are au fait with Kroos’ abilities and he would be a huge loss to the La Liga giants.

Jurgen Klopp will have little to no sympathy for the Spaniards, as the Reds boss is unlikely to have Jordan Henderson back and available, not to mention his long list of defensive casualties.