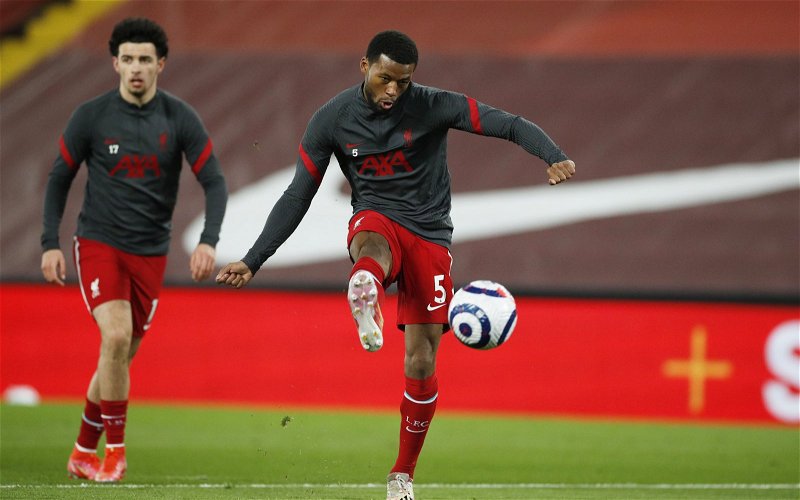 Barcelona are believed to be confident of signing Liverpool midfielder Gini Wijnaldum when his contract expires at the end of the season, according to Football Insider.

Despite recent reports on the contrary from Spain claiming Barca were backing away from any deal, sources have informed this fresh report than the Dutchman’s move to the Camp Nou is ’95 per cent done’.

There had been an expectancy for some time that Wijnaldum would look to leave Anfield this summer, with the club and player no closer to reaching a new deal despite numerous efforts.

Barcelona were installed as hot favourites, with the Dutchman believed to view the Catalan giants as a ‘dream’ move and former national team coach Ronald Koeman taking charge recently.

This new report says Koeman has made the 30-year-old one of his main targets as he looks to rebuild his squad.

This is a deal that has endured more twists and turns than Liverpool’s bizarre Premier League campaign, which is some effort.

Credit to the Dutchman, if his heart is set on leaving Merseyside at the end of the season, his performances haven’t shown it.

As committed to the cause as ever, Wijnaldum is tied with Mohamed Salah for appearances for the Reds across all competitions this season, with 39 outings in total.