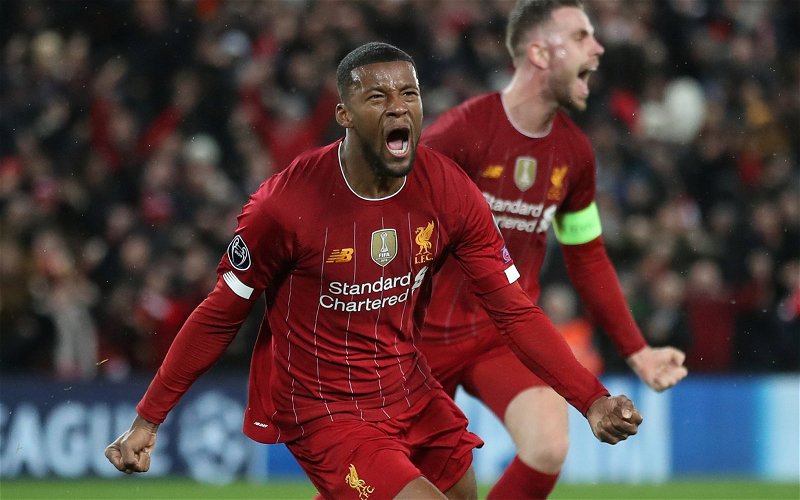 Liverpool midfielder Gini Wijnaldum has officially chosen to leave Merseyside and join Barcelona according to a report from The Sunday Times.

The Dutchman is believed to have agreed on a pre-contract deal to sign for the Catalan club and will join at the end of the season when his contract with the Reds expires.

This fresh report follows months of speculation around the 30-year-old’s future, although Barcelona have often been installed as frontrunners for his signature.

Just last week Football Insider claimed that a deal was ’95 per cent’ complete.

Wijnaldum has proven to be an astute signing by Jurgen Klopp, landing the former Newcastle man for £25m in 2016 following the Magpies relegation (BBC).

Since then the tireless midfielder has been a model of consistency across 226 appearances for the Anfield club.

In that time, Wijnaldum, who earned the praise of Klopp earlier this season for his consistency, has managed 22 goals and 16 assists.

Whilst the Holland stars departure will come as no surprise to Liverpool, he will still take some replacing.

Having made a staggering 40 appearances this season, Wijnaldum clearly has remained a major part of Klopp’s plans, one that isn’t easily replicated from within the current playing squad.

It’s far more likely Liverpool’s recruitment team will look to work their magic and sign someone capable of filling the not inconsiderable void left behind.