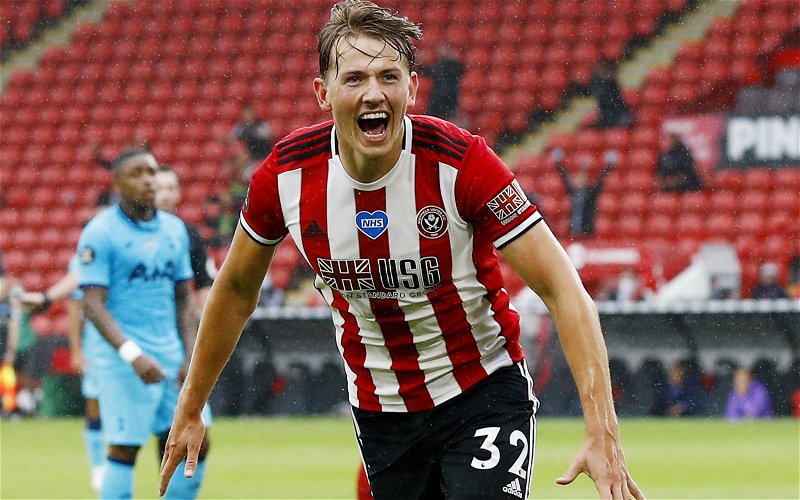 Liverpool have recently been linked with a move for Sheffield United midfielder Sander Berge, a player whom Jurgen Klopp is believed to be a strong admirer.

Klopp was believed to have hailed the central midfielder as a ‘very interesting player’ back in 2019 when the Reds faced Genk in the Champions League.

Since then much has changed, including Liverpool winning the tournament that season, followed by the Premier League one year later, in that time Berge has become a Sheffield United player, having signed for the Blades last January for £22m (BBC).

Having initially been a success in Yorkshire, Berge, like Sheffield United moreover, has suffered this season, in part due to the Norwegian being ruled out with a serious hamstring problem.

Those struggles haven’t perturbed Klopp however, who according to Belgian news outlet Voetbal24 still holds the 23-year-old in high esteem.

Voetbal24 claim that Klopp is ‘absolutely convinced’ by Berge’s talent and the German boss believes he would be the ideal man to bolster the midfield options at Anfield.

There is reported interest from elsewhere in the Premier League as Sheffield United look destined to suffer relegation this season.

On Wednesday, the club posted a cryptic message on Twitter, perhaps alluding to a new contract for the Norwegian ace.

Whether a new deal is in order to drive the price up, or because the club holds out hopes of the youngster being the catalyst behind an immediate promotion back to the top flight, time will tell.

Signing Berge from a relegated Sheffield United side would be wholly in keeping with recent transfer activities at the club.

Should Gini Wijnaldum leave the club, a replacement will be needed and perhaps the greatest red flag around the Norwegian would be his injury woes.

If assurances could be made that Klopp isn’t going to have another injury-prone star on his hands then this would make plenty of sense.