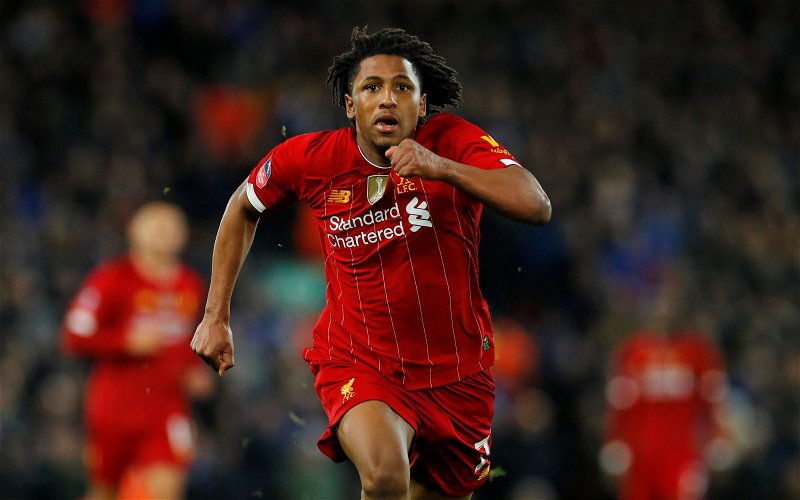 Leeds United have reportedly considered a move for young Liverpool left-back Yasser Larouci according to the Mirror.

The 20-year-old is expected to leave Anfield at the end of this season when his contract runs out and Marcelo Bielsa is believed to be looking at a potential swoop.

Having represented the Reds’ first-team on two occasions, both of which came in the FA Cup, Larouci looked to have a bright future on Merseyside.

However, further opportunities haven’t been forthcoming and Jurgen Klopp looks set to allow the full-back to leave for nothing this summer.

This season Larouci has lost his place in the clubs Under 23 side, with Owen Beck the regular left-back for Barry Lewtas’ side.

Larouci might’ve thought he was on the brink of at the very least becoming understudy to Andy Robertson up until the arrival of Kostas Tsimikas last summer.

The signing of the Greek international and the consistency of Robertson leaves Klopp well-stocked in the department, and leave Larouci without a sniff.

Having watched on as Alberto Moreno left the club only for James Milner to deputise at full-back, the Algerian-born youngster will probably feel as though the ship has sailed on his Anfield career.

The natural end of a four-year spell with the club seems to be on the horizon.