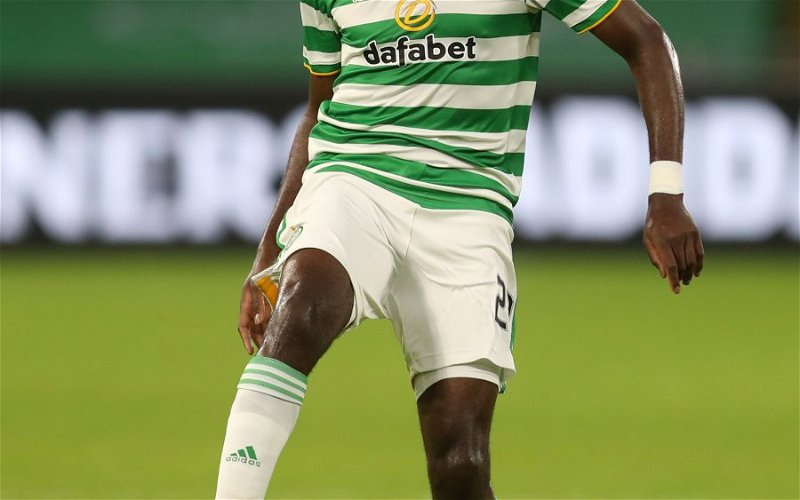 Liverpool are interested in entering the race to sign in-demand Celtic striker, Odsonne Edouard, according to Ian McGarry, per the Transfer Window Podcast.

The Frenchman has been widely tipped to leave this summer as he enters the final 12 months of his contract at Celtic Park.

Having previously been heavily reported to be nearing a move to Leicester City, the Reds interest has come relatively late in the day.

Arsenal have also been linked with the 23-year-old, as have West Ham.

Such a level of interest in Edouard is of little surprise, having notched up an impressive 81 goals and 35 assists in just 161 matches during his time north of the border.

As Celtic relinquished their stranglehold over the Scottish league title to Steven Gerrard’s Rangers, Edouard, who was labelled as ‘magnificent’ by his manager Neil Lennon, has continued to impress, scoring 20 times in 33 appearances.

The big question around Edouard would be whether he could convert Scottish Premiership form into Premier League goals.

Whilst there’s nothing to suggest he wouldn’t be able to do so, it’s no small transition.

That said, at the mooted £15m Leicester had reportedly agreed, this is a deal that would present little in the way of risk for Liverpool.