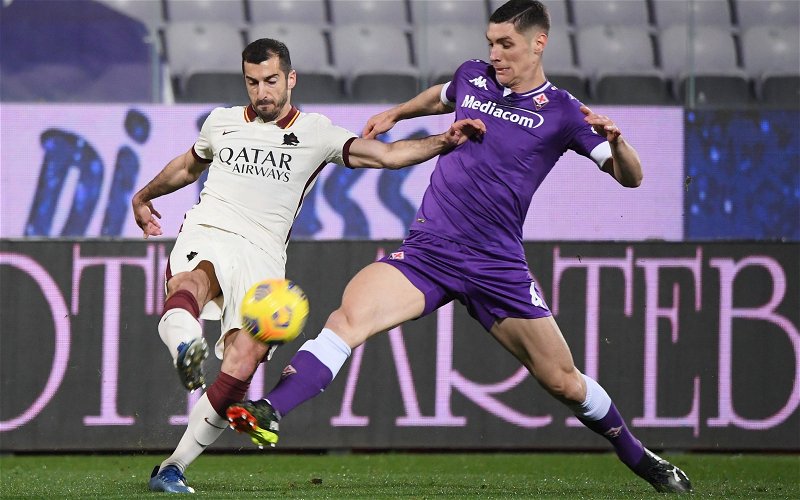 Liverpool have reportedly ‘tested the waters’ with the representatives of Fiorentina central-defender Nikola Milenkovic according to Italian outlet Calciomercato.

The 23-year-old Serbian defender is under contract in Florence until June 2022 and the Reds are believed to be considering a summer transfer, whilst Tottenham and Manchester United are also credited with holding an interest.

Milkenkovic is said to have ‘long ago’ made a decision to leave the Serie A side and Liverpool could be the benefactors as Jurgen Klopp goes in search of defensive reinforceents.

Capable of playing centrally, or at right-back, the 26-cap Serbia international would offer additional options to Klopp’s squad, which has suffered an unprecedented number of injury issues this season.

As the jury remains out regarding the long-term future of on-loan deadline day arrival Ozan Kabak, Milenkovic, who has been compared to five times Premier League winner Nemanja Vidic, could provide a realistic option as his contract enters the final 12 months and Fiorentina’s hopes of agreeing on an extension fade.

In 24 Serie A appearances this season, the 6’3 ace has averaged 7.01 with Sofascore, which’s higher than Kabak’s 6.53 rating in 14 Bundesliga outings prior to arriving at Anfield.

It’s safe to say Kabak has far from secured the activation of a permanent deal clause this summer and based on current form Liverpool would be well within their rights to look elsewhere.

Milenkovic’s capabilities at right-back make the Serb an intriguing proposition as a way of resting or perhaps utilising Trent Alexander-Arnold further forwards – especially should Neco Williams head out on loan.

First and foremost, Klopp needs to bolster his defensive ranks before the start of next season, and at an affordable price likely to be in line with the pre-agreed fee for Kabak, Milenkovic could be an ideal candidate.