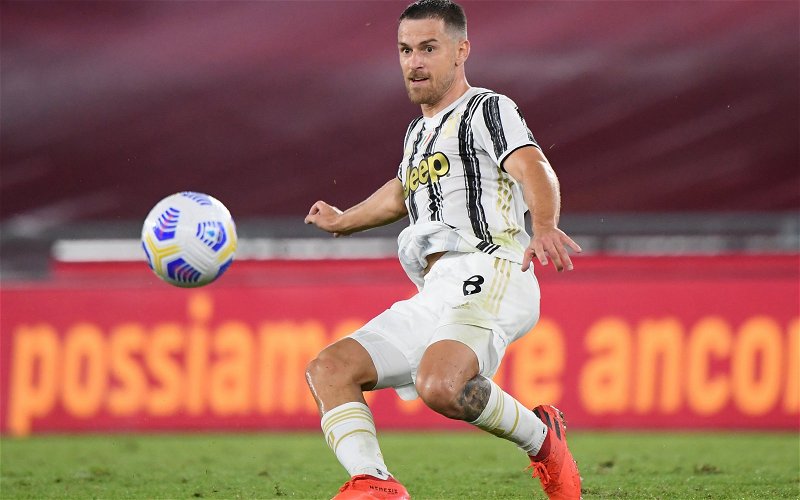 Liverpool has been named as a shock potential destination for Juventus midfielder Aaron Ramsey this summer, according to Italian outlet Calciomercato.

In a very brief report, the Reds are cited along with West Ham in holding an interest in bringing the Welshman back to the Premier League.

Having joined the Serie A giants when his Arsenal contract expired in 2019, Ramsey has played 61 times for the Old Lady.

The 30-year-old enjoyed a trophy-laden spell in North London, including three FA Cups – scoring the winner in the 2016/17 showpiece.

Despite not necessarily always being a regular at the Allianz Stadium, Ramsey has played 26 times in all competitions, contributing two goals and five assists.

A teenage prodigy, the 61-cap Wales star was hailed as ‘top class’ as a fledgeling star in the making by Cesc Fabregas.

Under contract in Turin until 2023, Liverpool won’t be stealing the Welshman on a free anytime soon.

Instead, a cut-price deal is far more likely and with a market value of £18m (Transfermarkt), the Reds would be right to be interested.

Although his peak may now be behind him, Ramsey’s form this term shows he still possesses plenty of quality and could be a shrewd piece of business.