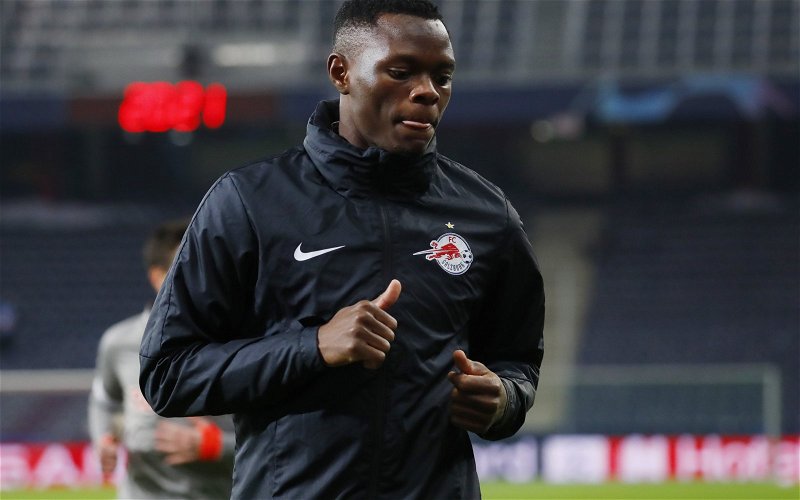 Liverpool are reportedly interested in Red Bull Salzburg’s 27-goal forward Patson Daka, according to the Salzburger Nachrichten, as relayed by Ronan Murphy.

The Reds aren’t the only club chasing the 22-year-old striker and are believed to be joined by a host of their Premier League rivals.

Daka, a self-confessed Liverpool supporter, has flourished at Austria this season having become the main man following the departures of Erling Haaland and currently out on loan Red, Takumi Minamino.

This season the 18-cap Gambia international has netted a stunning 27 goals in just 31 outings in all competitions, including 20 in just 18 league games.

Previously the Mirror reported the striker had been offered to West Ham for £25m, perhaps an inclination towards the summer fee.

Liverpool will almost certainly enter the market for a striker this season, potentially as at least a replacement for Divock Origi.

Given the track record of striker’s leaving Salzburg in recent times, Daka has to be under serious consideration.

Jurgen Klopp and his side got a chance to see Daka’s ability first hand during a pre-season friendly last summer, an opportunity the Gambian didn’t pass up as he scored a brace in a 2-2 draw in Austria.

If this outing along wasn’t enough to prove the youngster would make the grade in the Anfield squad, his subsequent goalscoring exploits should have sealed the deal.

Whilst it’s difficult to preempt how a summer will pan out, at the mooted £25m Liverpool should be banging down the door.