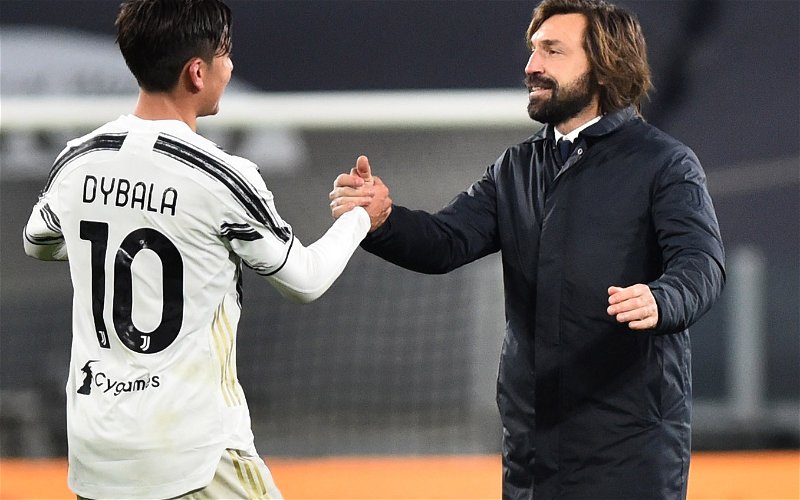 Liverpool are interested in signing Juventus star Paulo Dybala, according to a report from Spanish publication El Gol Digital.

The Argentine forward is expected to fetch bids of around £60million with the report claiming the Reds will have to fend off interest from La Liga side Sevilla in order to land the 27-year-old.

Having also been linked elsewhere with Manchester United and Tottenham in the past, Dybala is a wanted man and a Premier League move could well be on the horizon.

Often operating as a second-striker, Dybala has enjoyed a trophy-laden Juve’ career since signing from fellow Serie A side Palermo in 2015.

In 244 appearances for the ‘Old Lady’, the Argentine has scored on 98 occasions and assisted a teammate on 40 others, earning a ‘complete player’ tag from Italian legend Alessandro Del Piero.

Dybala is exactly the kind of player Liverpool should be looking to sign this summer, if at all possible.

A creative artist with an eye for goal, without necessarily needing to play as a recognised striker.

The 29-cap Argentina star would be a real game-changer for the Reds, especially when low block sides visit Anfield and look to stifle the marauding full-backs and make it impossible for the flying wingers to get in behind.

Dybala has the ability to pick a key pass that will unlock a well-organsied defensive outfit, something that Klopp’s side have badly missed this season in particular, but moreover since Phillippe Coutinho left the club.

Valued at £63m by Transfermarkt and with over 12 months left on his current deal at the Allianz, any deal for Dybala wouldn’t necessarily come cheap, however, this summer may present the last chance to receive a top fee should there be no new contract imminent.