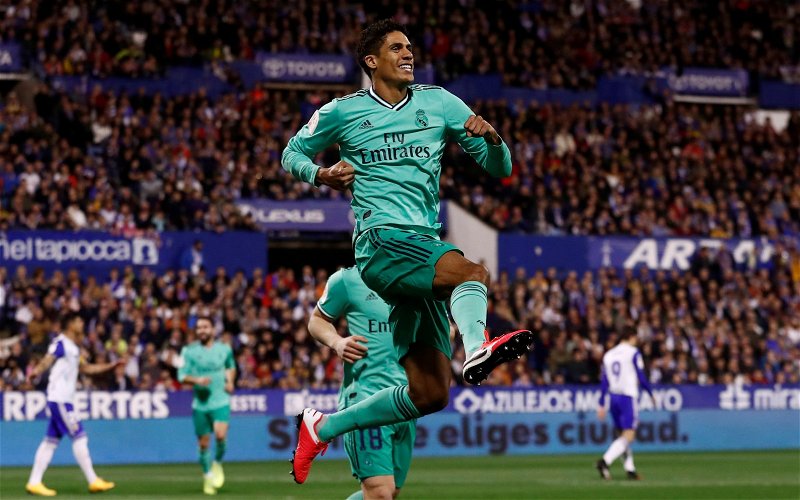 Liverpool have been dealt a blow in pursuit of Real Madrid defender Raphael Varane as Spanish outlet Marca claim the Frenchman is in talks over a new deal at the Bernabeu.

After a recent report from AS claimed Varane was seeking a new challenge at the end of the season, the Reds were on red alert.

However, with his current deal due to expire in 2022, these fresh claims suggest the European giants have opened talks over an extended contract and it is expected an agreement will be reached shortly.

The initial report had stated Madrid would’ve been looking for a fee in the region of £43m for the 27-year-old, who continues to be a regular in Zinedine Zidane’s side,

Varane is widely regarded as being among the elite defenders in world football, hailed as ‘simply the best’ by teammate Karim Benzema, and would’ve provided high-quality competition for Joe Gomez and Joel Matip for the cherished place alongside Virgil van Dijk.

Given the figures mooted it always seemed unlikely Liverpool would entertain a summer swoop for Varane.

Despite the undoubted class the Frenchmen possess, it could be argued the Reds already have a ready-made partner for van Dijk in the currently sidelined Gomez.

Perhaps instead of frontline top-class options, it’s the backup options, or lack thereof, that need to be bolstered this summer.

Whilst the quality of signing needs to remain high, shelling out near £50m on a central defender in the current financial state when other areas need to strengthen also, mightn’t be the best bet.