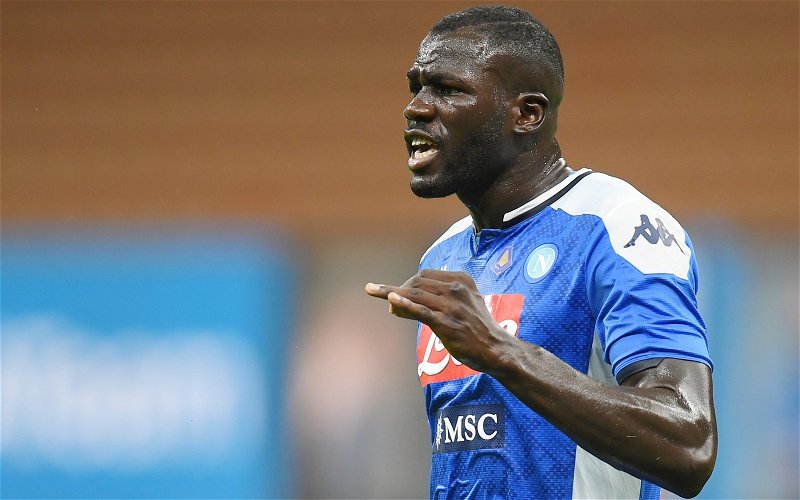 Napoli are reportedly set to lower their asking price for Liverpool target Kalidou Koulibaly ahead of the summer transfer window, according to La Gazzetta Dello Sport (via the Express).

Koulibaly has been on the radar at Anfield for some time but has always been more or less priced out of a move with £80m plus mooted.

An international teammate of Sadio Mane, the 43-cap Senegal ace could now be made available for £69m this summer as Manchester United and Liverpool potentially look to bolster their backlines with the strong centre-back.

The 29-year-old has been widely regarded as one of the ‘best defenders in Europe’, as described by teammate Lorenzo Insigne and would immediately strengthen Jurgen Klopp‘s side.

This season, Koulibaly has played 31 times across all competitions, earning an impressive average rating of 7.04 (Sofascore).

Signing Koulibaly would likely oust both Joe Gomez and Joel Matip as favoured the favoured partner to play alongside Virgil van Dijk.

Albeit a price drop, £69m for a 29-year-old defender is still a hugely significant outlay and not one Liverpool are likely to press on with this summer.

Instead, reliable backup options are needed, at far less expenditure than a deal for Koulibaly.

Perhaps 18 months ago this would have been of interest to Klopp and co.