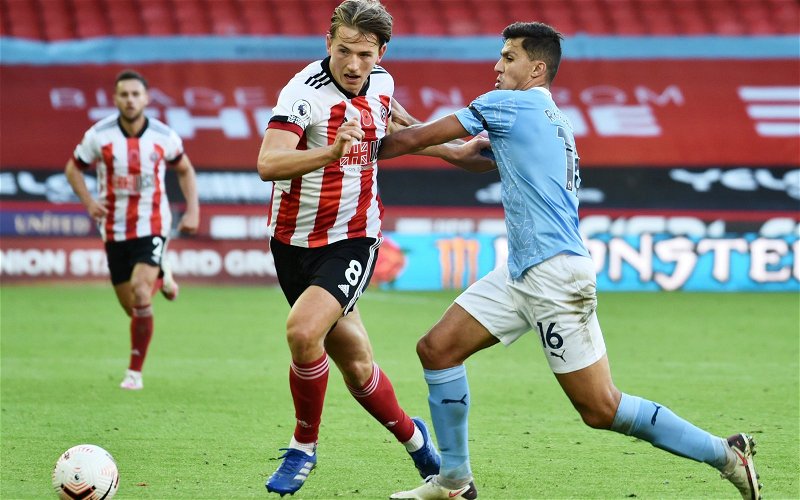 Sheffield United want to keep hold of reported Liverpool target Sander Berge beyond this season, according to a report from Yorkshire Live.

As the Blades prepare for what looks certain to be life in the Championship, reports had emerged claiming the Reds and others were circling the Norwegian midfielder ahead of a summer swoop.

However, the fresh report claims the Yorkshire club, who are managerless after parting ways with Chris Wilder last week, aren’t planning to sell off their best assets.

Instead, Sheffield United will look to retain their stars, including Berge, and are ‘under no pressure to sell’ as they plan for an ‘instant return’ to the top flight.

Having signed the 23-year-old from Belgian side Genkfor £22m (BBC), the side rooted to the bottom of the Premier League are understood to only be willing to entertain bids that are ‘substantially’ more than what they paid.

Berge was sought out after a UEFA Champions League match during his time in Belgian by Reds boss Jurgen Klopp, who is said to have dubbed the midfield man a ‘very interesting’ player.

This will come as a blow to Liverpool’s chances of landing Berge, who may have been seen as a direct Gini Wijnaldum replacement.

The Reds have had success signing recently-relegated players and would’ve hoped to repeat the trick with the Norway ace.

Of course, the interest isn’t over here, as Sheffield United would still seemingly be open to offers.

However, any chances of a cut-price deal may have diminished.