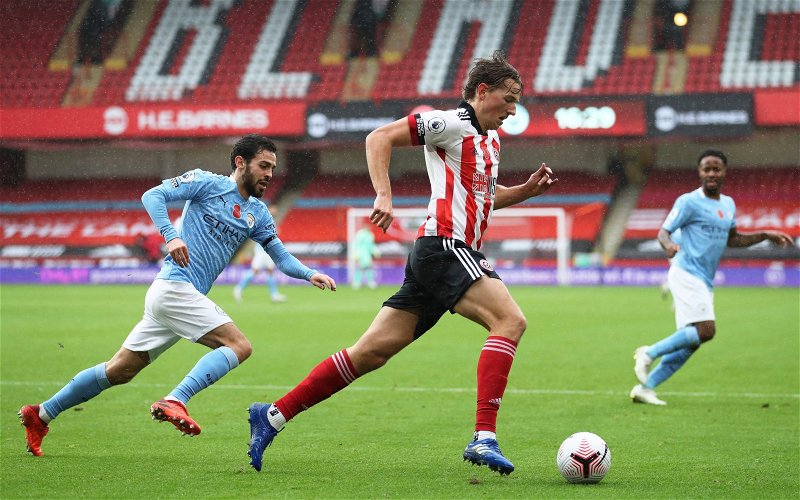 Liverpool are reportedly contemplating a summer swoop for Sheffield United midfielder Sander Berge and their fans have given their take on Twitter.

The Reds have been named by Eurosport alongside Aston Villa, Arsenal and Tottenham as holding an interest in the 23-year-old, who is currently sidelined due to a complicated hamstring injury.

Having signed last January from Belgian side Genk, Berge made a strong start to life in the Premier League.

However, his long term injury layoff, coupled with a total loss in form from the Blades has led to a dramatic decline down the table, and ultimately what looks to be their impending relegation.

The report claims the Reds could look to the 24-time Norway international to replace Gini Wijnaldum – who could still leave for nothing this summer.

Blades fans have been reacting on social media, giving Kopites a flavour of the feeling towards the Norwegian…

Lads a quality player so it was always going to happen. Just hope the board have their heads screwed on right and make sure we get top price for him. Knowing our history we will give him away for next to nowt!

35m for me. Especially with the calibre of club interested. Buy 3x 10m players with that…

He didn’t come to England to play in Championship…#nosurprises

Not a shock as Klopp was supposedly monitoring him at Genk.

Would be gutted to see Sander leave, hope we at least sell high and have clauses involved

He would be unreal in a team of stars not gona lie https://t.co/ByoPNxO25U