David Carmo had ‘one foot in Liverpool’ 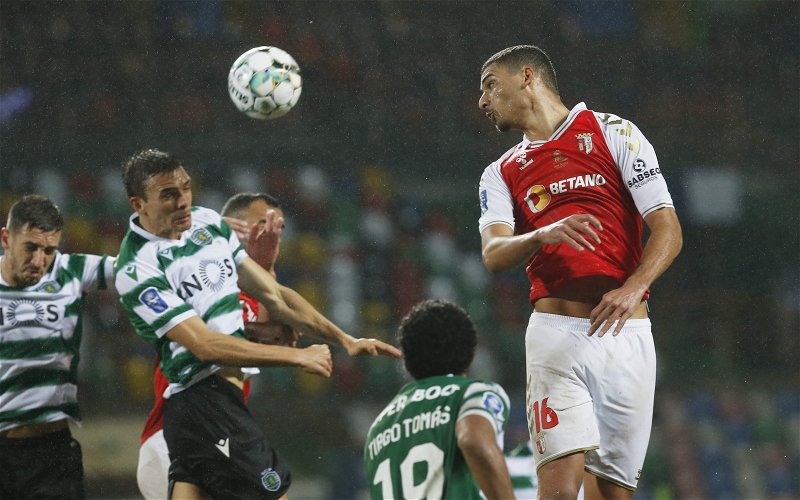 Sporting de Braga centre-back David Carmo was on the brink of a move to Liverpool during the January transfer window, according to his manager Carlos Carvalhal.

As the Reds ended scrambled for central defenders on deadline day, Carmo’s name was mentioned in despatches on numerous occasions, before Fabrizio Romano claimed after the transfer deadline that Liverpool had two bids turned down for the 21-year-old.

Instead, Jurgen Klopp signed Ozan Kabak and Ben Davies, the latter of whom still awaits his debut, whilst Carmo soon after suffered a serious ankle fracture that looks likely to rule him out for the entire campaign.

Braga boss Carvalhal has opened up on his Portuguese sensation to Portuguese TV channel RTP (39 minutes).

“David Carmo had one foot in Liverpool. On the day the market closed before 4pm, I was looking for alternatives because I was convinced that David Carmo would go to Liverpool.”

Prior to the horrific injury, Carmo had appeared 21 times in all competitions earning an average Sofascore rating of 6.88 in the Primeira Liga.

With Kabak enjoying an upturn in form in recent weeks, as things stand the Turkish youngster looks set to activate the £18m option to buy.

However, there’s plenty of football to be played between now and the end of the campaign, and if the Reds have any reservations over the on-loan Schalke man, Carmo could come back into the equation.