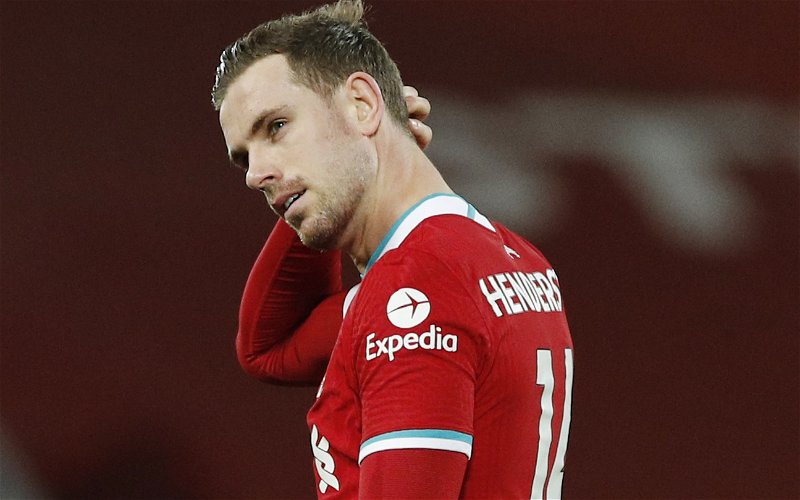 The Reds captain Henderson underwent surgery on the injury last month after picking up the problem in the Merseyside derby at Anfield and was ruled out for at least five weeks.

However, Southgate fears the 30-year-old could face a much longer spell on the sidelines and cast doubt over his availability before the end of the season.

“In terms of promises, we can only say that Hendo (Henderson) himself is very optimistic about how the operation went and the prognosis that the specialist has given him as to what is possible.

“We are conscious that with any injury of that nature, there is a guide and a time defined – but that anything can happen along the way.

“We know it’s going to be close to the end of the season and we will just have to see how it goes. He will give himself every chance of being available. And, of course, we also know he is likely to be a bit short of match minutes in high-level games.

“There are a lot of things to take into consideration but, at the moment, that is a decision that is a few weeks away.”

Henderson, who has earned 56 England caps to date, had played 28 times for Liverpool prior to his latest injury setback and was set to play a big part in the Reds’ push for the top four and perhaps another Champions League final.

No Henderson for the remainder of the campaign would be a huge blow to Jurgen Klopp’s side, let alone England.

The inspirational leader is expected to be ruled out for the upcoming quarter-final clash with Real Madrid, but should the Reds qualified there would be hope he could return for the latter stages.