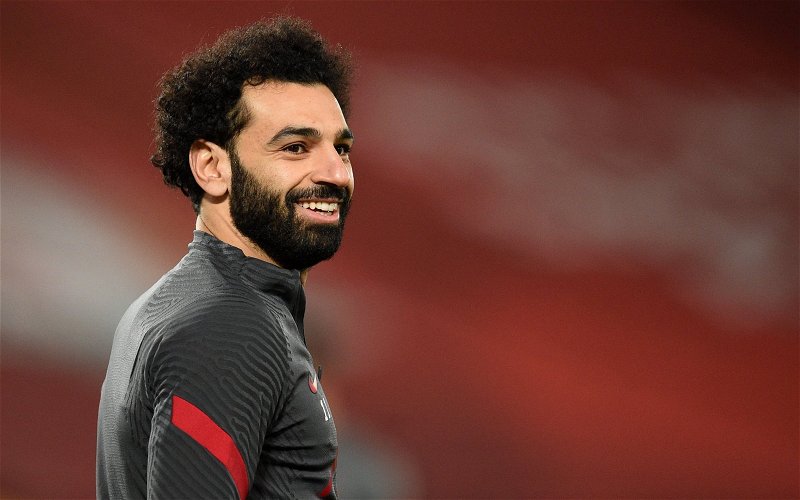 La Liga chief Javier Tebas hopes that Liverpool star Mohamed Salah will join a Spanish club, although it is “very unlikely” a move of such magnitude will happen this summer.

Salah has continued to score at a frightening rate this season despite the Reds’ struggles as a collective, leading to speculation the Egyptian star could have a future away from Anfield.

The 28-year-old did nothing to dampen the furore recently when asked about a potential switch to an El Classico giant, telling TV2 (via Sport Witness) in January: ”Who knows what will happen in the future.”

Now, Tebas has added further fuel to the fire in an interview with Egyptian TV station ON Time Sports (via TEAMtalk):

”I definitely hope that he joins La Liga but I don’t expect big money transfers this summer, we are at the same level as the Premier League. The difference is the audience, they have a bigger audience in Europe. We have our huge base in the Middle and Far East. An arrival of Mohamed Salah in La Liga? With the current financial situation, it is very unlikely that Liverpool will sell Mohamed Salah or that a club will sign a big name this summer.”

Valued at £108m by Transfermarkt any attempt to sign Salah at the end of this season would go against the grain of the football finances following the coronavirus pandemic.

Money aside, there is nothing to suggest Liverpool would be willing to part ways with the beloved ‘Egyptian King’ – with Jurgen Klopp likely to circumnavigate selling his stars in this window and instead make additions to the ranks.

Previously Liverpool’s modus operandi has been to sell their prized assets in order to strengthen multiple areas, however, as Salah continues to deliver at an inordinate level, a sale simply isn’t in the equation.