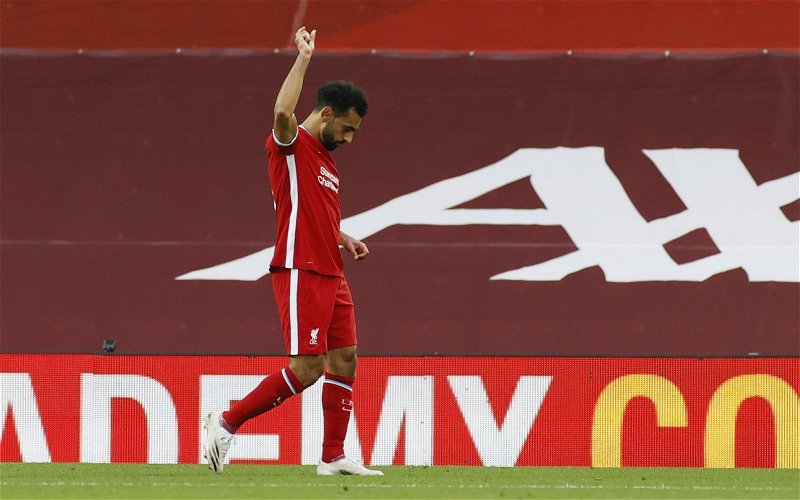 Liverpool should sell Mohamed Salah if he wants to leave the club this summer, according to Reds legend Robbie Fowler.

The 28-year-old has been one of the star men of the Jurgen Klopp era at Anfield, scoring a remarkable 118 goals in just 190 appearances for the Premier League champions.

There have been murmurings of discontent from Salah in recent months, however, including an interview with AS hinting at a move to Spain, and showing dissent after being substituted against Chelsea last week.

Writing for the Mirror, Fowler said it is pointless Liverpool keeping hold of an unhappy player, so Salah should move on if he wants a fresh challenge.

Mo Salah’s agent knew what he was doing when he tweeted that full stop after the game on Thursday. I saw it and straight away I thought, “Here comes trouble”.

He can dress it up however he wants now, but, as the agent of a high-­profile player, you know that anything you say is scrutinised forensically and ­anything cryptic like that can be interpreted in sinister ways.

I’ve not got a clue what he meant, but it was clearly pointed. And you know what, if the player is agitating for a move, let him go.

I’m not having a go at Salah. I love him to bits. But I truly believe that transfers now are largely about what players want, so the ball is in his court, not Liverpool’s.

If he wants to go, then he should go. If a player wants to leave, we have to accept it’s in the mix.

I’m a firm believer that if they are unhappy and want to be going, then they should be going. Jurgen Klopp has said the same, too – he doesn’t want anyone at the club who doesn’t want to be there.

Fowler is spot on in his assessment – he is known as ‘God’, after all – with no player bigger than the club and a strong team spirit required.

In fairness to Salah, he hasn’t indicated that he wants to leave and he has been one of Liverpool’s best players this season – the hope is that he stays put for many years to come.

The Egyptian has cut a frustrated figure, but that is only understandable during this dreadful run of form for the team, with the forward possessing a winning mentality that has been so key to the Reds’ Champions League and Premier League success.

Should Salah feel his time at Liverpool is up, Jurgen Klopp should move him on as he did with Phillipe Coutinho, but the ideal scenario is him committing his future to the Reds.