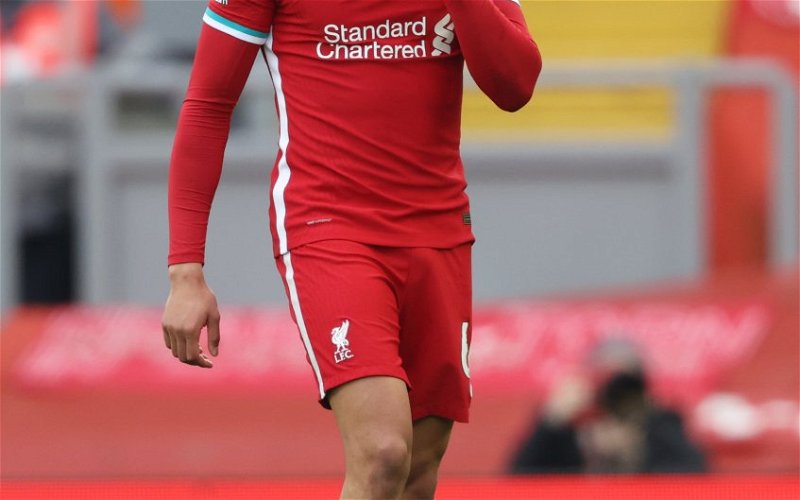 Liverpool fans have been venting their feelings as right-back Trent Alexander-Arnold was left out of Gareth Southgate’s England squad for this month’s World Cup qualifiers.

The 22-year-old who has earned 12 caps for his country to date has been left out of the squad won’t join up with his compatriots and Southgate put the decision down to a dip in form, as reported by James Pearce on Twitter.

Southgate confirms he has dropped Trent Alexander-Arnold.
"I don't think he's played at the level he's been at during the last few years. He’s a big talent and I’m sure he will play a big role for England in the future.”

Alexander-Arnold suffered in the early part of the season with a calf problem and might’ve taken some time to reach his best level since.

However, recent weeks have seen a return to somewhere close to his peak performance, with the Scouser’s latest display against Wolves arguably his best from a defensive perspective.

These Kopites have certainly taken exception to the decision, whilst seeing the positives form a purely selfish Liverpool standpoint…

He’s having a laugh. Klopp’s told him to say that.

Baffling when you think of the plethora of the players that have been included in squads over the years who frankly aren't fit to lace Trent's boots.

That said, it's good news for LFC and we need as many players fresh for the remaining games as possible.

Trent has stepped up to the plate in the last few games, Tis our gain but he must be gutted who’s better er no one

Translation 'I haven't actually watched Liverpool but I know they aren't winning and trent only has 3 assists in the league', stupid decision from him but happy that he can get some rest.

Great news. But claiming this is 'form' based is laughable. Especially when Lingard, who's played 5 games in 15 months, is included.

Been our best player since February ? delighted he’s not selected, 20 day break for him, wish none of our players were heading on int duty https://t.co/nJUzh24bUn