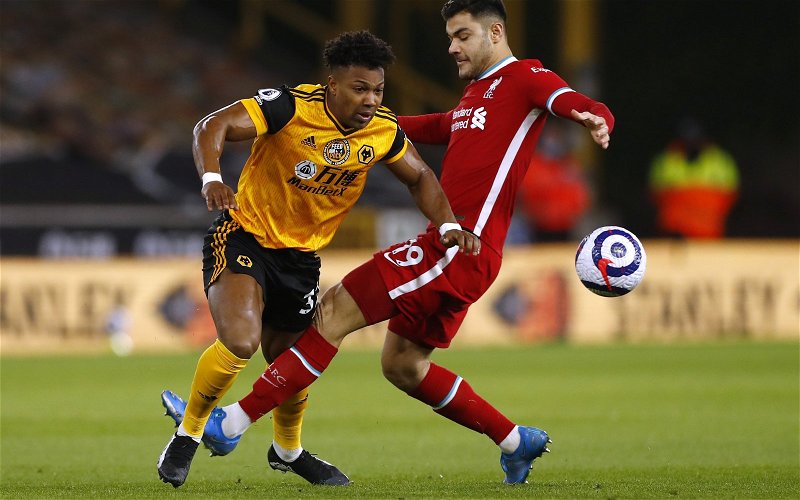 Liverpool fans may have wondered what they got themselves in for when Ozan Kabak collided with Alisson Becker in the early weeks of his Anfield career.

But since that seminal moment which allowed Leicester to take the game away from the Reds, the on-loan Turkish centre-back has rarely looked out of place.

After all the issues Jurgen Klopp‘s side have suffered in defence this season, its the unlikely partnership of Nat Phillips and Kabak that have been struck upon and at present have kept two clean sheets.

The latter of which came as the Reds fought their way past Wolves thanks to a Diogo Jota goal.

However, it was the Schalke man who received plenty of plaudits following the victory, his performance seemed a huge step towards earning that £18m permanent transfer in the summer.

These Kopites were particularly impressed…

Immense performance from you, clutched up on many occasions. Keep it going ?????

Literally gets better with every game

Unreal today fella keep it up