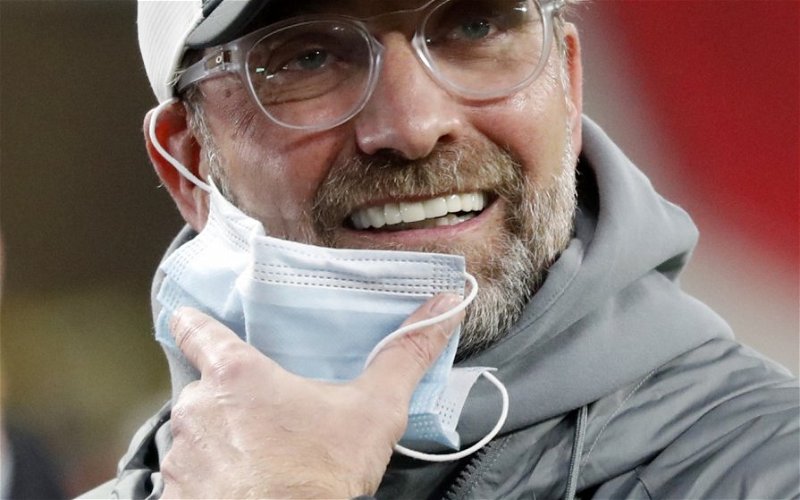 Liverpool will face RB Leipzig this evening at the Puskas Arena, Budapest for a place in the UEFA Champions League quarter-finals.

Reds boss Jurgen Klopp will be hoping a change in competition offers some much-needed change in fortunes for his side as the reigning Premier League champions set all kinds of unwanted records in recent weeks.

Now well versed in injury woes, there was another in the build-up as Roberto Firmino was confirmed as a doubt for the trip and as such has been left out of the matchday squad altogether.

However, after weeks of utilising defensive midfielder Fabinho at centre-back, Klopp has reinstalled the Brazilian back into the heart of the midfield.

With Ozan Kabak and Nat Phillips partnering at the back and a front three of Mohamed Salah, Sadio Mane and Diogo Jota – Liverpool fans have had their wishes granted.

Here’s how they reacted…

fabinho back in midfield pic.twitter.com/Hh9YudDoRb

If only Keita started but WHAT A TEAM

Fab with the anchor, hopefully Thiago can work his magic with the front 3. Been waiting for this all season.

Fabinho in midfield ? I have waited months for this