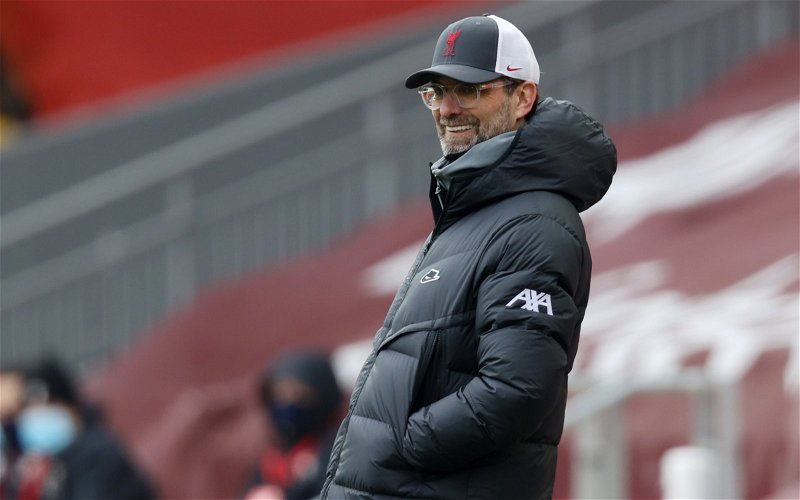 Some Liverpool supporters have been reacting to the news that Jurgen Klopp’s job as Reds manager is safe, according to the Times‘ Paul Joyce.

The 53-year-old is going through an extremely tough time at the moment, losing his last six home Premier League games in charge, with his side’s top four hopes all but over.

It is arguably the toughest period of Klopp’s time at Anfield to date, having enjoyed such a memorable couple of years, winning both the Champions League and Premier League.

Despite these current struggles, there is no talk of the German losing his job, with Joyce stating that FSG still believe he is the man to take Liverpool forward.

The report says that Klopp has the ‘unflinching support’ of the Reds’ owners, with this no doubt seen as a blip in an otherwise wonderful era.

These Liverpool fans have been providing their thoughts on the update on Twitter, with positivity in the air about the manager staying put.

FSG are nothing without Klopp and they know it.

We will get through this. https://t.co/nqvwpGnVJ8

That’s nice. We have zero faith in our owners though

Of course! Jurgen's the best in the business! THE BEST! #YNWAJurgen

Love Jurgen more than ever!