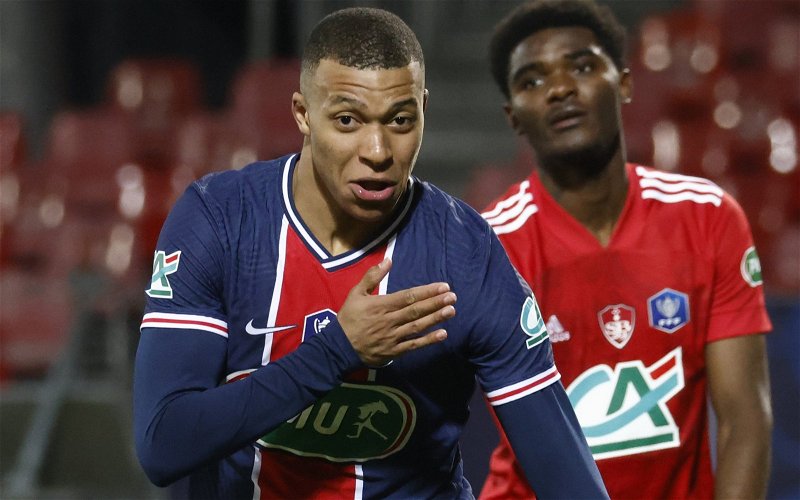 Liverpool ‘have an advantage’ over Real Madrid in the race to sign Kylian Mbappe this summer, but only if Mohamed Salah leaves the Reds.

The Paris Saint-German superstar could leave the Ligue 1 champions at the end of the season, having yet to agree a new deal at the club.

His current contract runs out in the summer of 2022, meaning PSG could only receive a huge fee for him in the next transfer window.

Liverpool and Madrid have long been linked with acquiring Mbappe’s signature, but AS claim that the Reds will be front-runners if Salah moves on to pastures new.

Their financial situation is thought to be better than Madrid’s, while the Frenchman’s relationship with basketball superstar LeBron James is also seen as key.

The main stumbling block is clearly Salah’s future, which still looks like belonging at Liverpool, despite his apparent unhappiness in recent months.

The Egyptian has not stated he wants to leave, and while Mbappe is a special footballer, the Reds would be better off keeping hold of their brilliant No.11 instead.

Despite Liverpool’s struggles this season, Salah still leads the Premier League scoring charts overall, and has 24 goals in all competitions.

Signing Mbappe in 2022 looks the more likely option, at a point when he could leave PSG on a free transfer and when Salah, Sadio Mane and Roberto Firmino will be in and around 30 years of age.