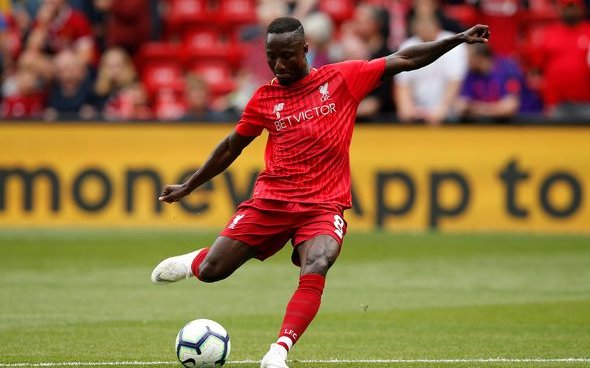 Some Liverpool fans have been praising Naby Keita on Twitter, seeing him as one of the few bright sparks in yet another Anfield defeat.

The Reds incredibly suffered a sixth straight home loss in the Premier League on Sunday, with Fulham clinching a 1-0 triumph on Merseyside.

Mario Lemina scored the only goal of the game, as the champions’ horrendous run of form continues, during a season that is becoming more unbearable by the week.

Liverpool’s performance was flat throughout against the Cottagers, with too many players offering nothing and no fans inside Anfield certainly not helping once again.

Keita was named in the starting lineup for the first time since the 7-0 win at Crystal Palace in December, however, and he at least provided moments of quality.

The Guinean arguably looked the most likely player to make something happen, bringing guile to Liverpool’s midfield, and the hope is that he can stay fit between now and the end of the season.

Naby Keita is one of the main positives today. Showed his flair, grit and dynamism.

If he keeps his fitness up, we have a player on our hands. pic.twitter.com/az4XRa8JAs

Keita’s easily been our best player but i’m jus so vexed that we played this lineup, Trent and Fabinho should’ve started

Naby Keita vs Fulham – First Start Since His Injurypic.twitter.com/l4W8xLSHnx

The one and only positive