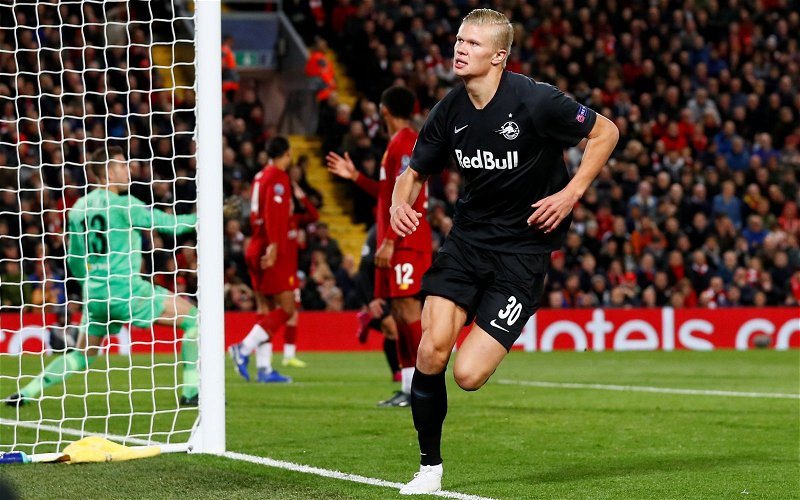 Liverpool manager Jurgen Klopp is reportedly considering selling one of his star players in order to fund a deal to sign Borussia Dortmund striker Erling Haaland this summer.

As reported by Spanish publication Mundo Deportivo and relayed by Sport Witness, Klopp is said to be weighing up selling one of Mohamed Salah, Roberto Firmino or Sadio Mane.

Citing the need for a ‘reborn’ squad at Anfield as the Reds suffer a dismal Premier League title defence, Haaland is unsurprisingly thought to be the central figure around a Liverpool rebuild.

Also wanted by Real Madrid, Chelsea, Juventus and both Manchester club, Klopp won’t have things all his own way in any attempts to prize away the Norwegian superstar.

All interested parties may be left empty-handed, as Dortmund will likely be reticent to sell their prized asset a day before the reported release clause becomes active next summer.

Whilst Haaland near guarantees goals and with it success, to sanction the sale of any of the fabled front three would be a huge undertaking.

However, if there was going to be a move this summer, Liverpool would need to raise monumental funds as Dortmund set an eye-watering £130m asking price.

Hypothetically, the sale of either Mane or Salah would likely surpass that fee, or at least come close, whilst Firmino’s departure would still leave the Reds someway short of the bounty required for the prolific Norwegian.

By way of performance comparison solely based on the 2020/21 UEFA Champions League campaign – Haaland has outscored the entire Reds trio with 10 goals in six matches.