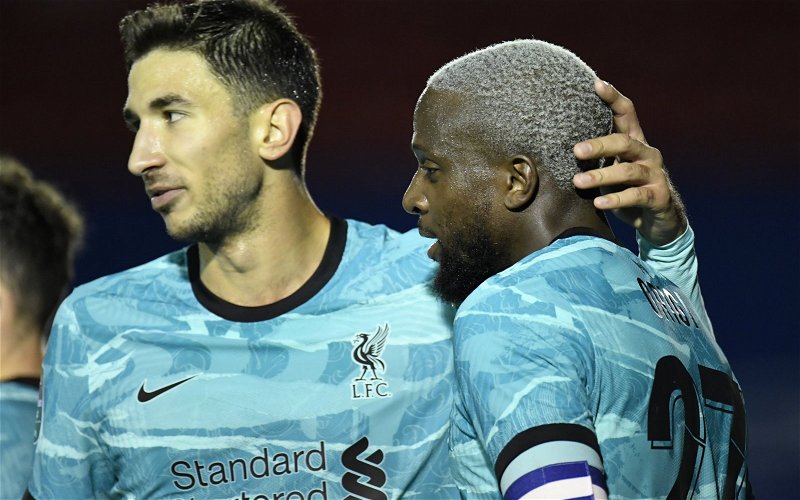 Liverpool are planning a busy summer as Jurgen Klopp looks to rebuild a side fit to challenge for the Premier League title once again, with Sheffield United midfielder Sander Berge emerging as an early target.

In order to make space for Berge and others, the Daily Express have reported the Reds could be set to part ways with Alex Oxlade-Chamberlain, Marko Grujic and Ben Woodburn.

Another who could leave the club is Gini Wijnladum, with his contract set to expire at the end of the season and no resolution seemingly on the horizon.

Berge, a Norway international, would be viewed as a direct replacement for the Dutchman, but there could be yet more casualties from the Anfield squad.

Central midfielder Grujic, who is currently enjoying a fourth loan spell away from Merseyside at FC Porto, could leave on a permanent basis this summer as the 24-year-old’s contract winds down.

Welshman, Woodburn was thought to have a bright future with the Reds when he became the club’s youngest goalscorer back in 2016, however, two League One loan spells later the 21-year-old is no closer to a place in Klopp’s plans.

That leaves Oxlade-Chamberlain as the third player named by the report. Having missed the early part of the season with a knee issue, the England man has rarely featured since returning to fitness and questions remain over his long-term future.

Although Oxlade-Chamberlain in particular has given plenty to the Reds cause, it’s hard to make a case for any of the aforementioned trio staying beyond this season.

Liverpool need to evolve, and part of that has to be clearing the players who are having less and less of an impact on the side.

The attacking midfielder has contributed just one assist in his 12 appearances this season, a damning indictment of his waning influence.

All told there’s around £37m (Transfermarkt) worth of market value tied up in the trio, money that could be better spent on strengthening the quality within the squad.