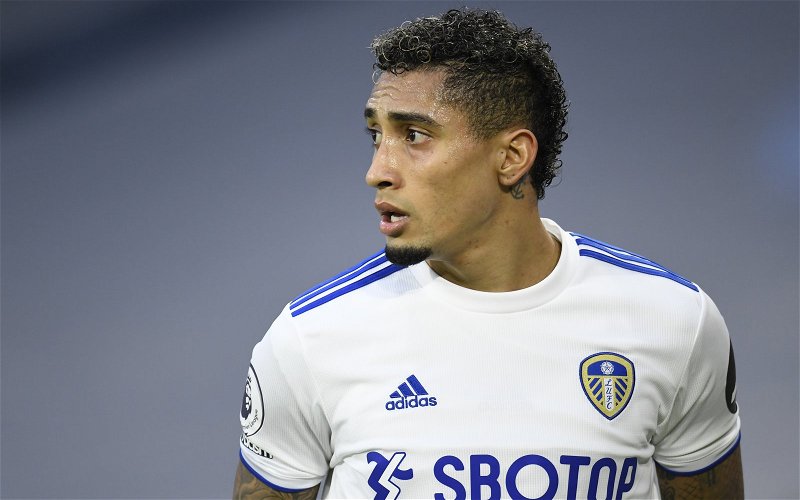 Bayern Munich are reportedly interested in Leeds United winger Raphinha, who has been heavily linked with Liverpool recently.

This comes from Italian outlet CalcioMercato who claim the Bundesliga leaders are keen on the Brazilian, whilst also naming the Reds and Manchester United as interested parties.

The increased speculation has been thoroughly rebuffed by those associated with Leeds, including the player himself, who insisted he was ‘really happy’ at Elland Road.

Raphinha’s name is being mentioned in such circles having enjoyed a superlative start to life in the Premier League – directly contributing to 10 goals in 22 outings.

With Jurgen Klopp set to oversee a minor squad overhaul this summer in order to restore Liverpool to the glory of last season, an attacking arrival is certainly expected and the 24-year-old remains at the forefront of speculation.

Ironically, Leeds’ coup in signing Raphinha as a relative unknown from French Ligue 1 club Rennes in October, is in line with the type of deal Liverpool have become synonymous with.

Signing the impactful star from a Premier League rival will be no easy feat and should the Yorkshire club feel obliged to sell, they would likely prefer to deal with Bayern Munich.

That’s not to say it’s an impossibility, after all, the Reds landed Diogo Jota from Wolves, a deal which has proved to be a masterstroke.