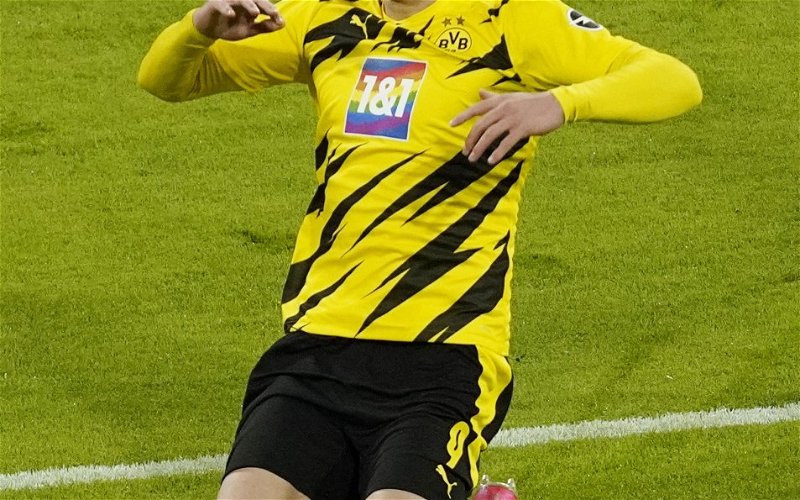 Borussia Dortmund have set their asking-price for Erling Haaland ahead of this summer’s transfer window at an eye-watering €180m (£154m).

That’s according to ESPN who claim that the Bundesliga side would be looking for the astronomical fee in order to force their hand into a sale ahead of next season.

The nine-figure sum would represent almost a £140m profit following his £17.1m move from RB Salzburg in December 2019 (BBC).

Whilst the numbers involved for a 20-year-old would bring a tear to many a glass-eye, it comes as no surprise given the levels and the calibre of interest.

Liverpool are amongst the touted suitors, along with Manchester City, Real Madrid, Manchester United, Chelsea and frankly any other elite club.

Haaland, who was described as ‘lethal’ by another prolific striker Thierry Henry, has scored 32 goals in 31 appearances this term, including a record-breaking 10 goals in six Champions League outings.

This more or less rules Liverpool out of a move this summer, but we already knew that.

Hopefully, the figures involved put the other potential suitors off and the Reds can compete next year when the reported €75m (£64m) release clause comes into play.

A game-changing signing perhaps for the next decade for whoever signs the Norwegian superstar in the making, Liverpool need to do their utmost to be in the mix.