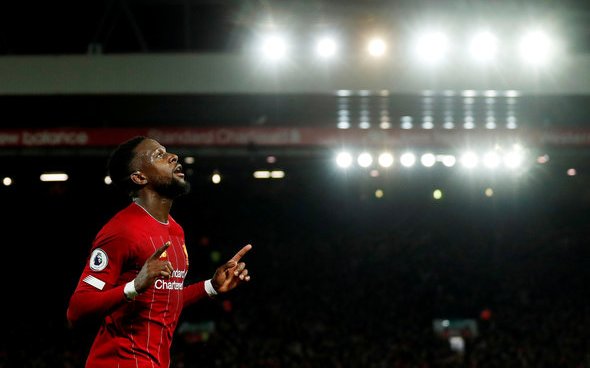 Liverpool striker Divock Origi is wanted by Fiorentina and Borussia Dortmund, according to Italian outlet Calciomercato.

The Belgian’s future on Merseyside has come under the spotlight in recent weeks having struggled to make an impact this season.

As the summer transfer window approaches, the 25-year-old could be one of those sold to make way for Jurgen Klopp’s own transfer targets, with a forward thought to be high on the list of priorities.

This fresh report certainly believes Origi will be on his way out of Anfield, claiming the two clubs in question have ‘set their sights’ on the striker.

Origi will always divide many peoples opinion on Merseyside, retaining cult hero status to many for his big moments in a Liverpool shirt, whilst others may point to his lack of infleunce on a regular basis.

Unfortunately for the 29-cap ace, the latter has been true of this campaign as he struggles to get regular game time – playing just 536 minutes in total, scoring once in that time.

There’s no hiding the fact Origi’s impact has greatly diminished coming off the bench this season and has been near non-existent in his rare starts.

Although last weeks Champions League assist for Sadio Mane’s goal against RB Leipzig was a glimpse of the ability the Belgian possess, those moments have become increasingly few and far between.

This summer is certainly the time to sell and a European tussle for his signature should only drive the price up.

The bigger question may be why those clubs mentioned want to sign Origi, perhaps one, in particular, are preparing for a striking departure…