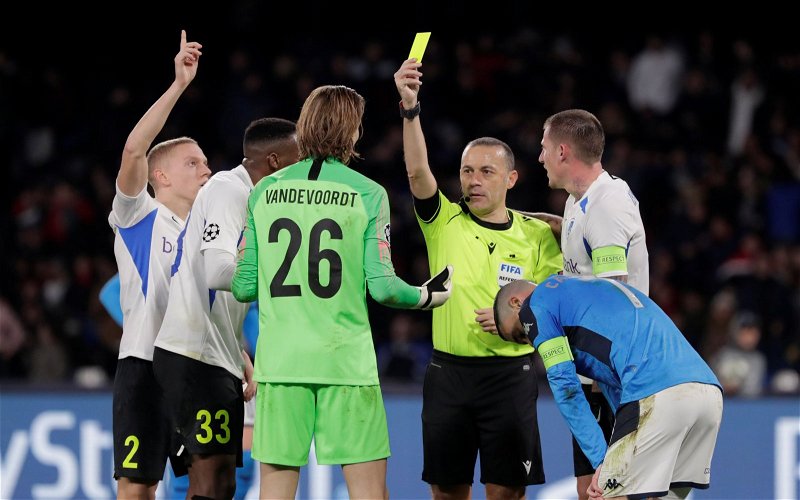 Liverpool are considering a transfer swoop for highly-rated Genk goalkeeper Maarten Vandevoordt, according to Calciomercato.

The Reds could be in the market for a new stopper this summer as Adrian looks destined to leave the club when his contract expires this June and Vandevoordt could be among the contenders.

Also being looked at by Real Madrid, the 19-year-old Belgian became the youngest ever goalkeeper to play in the UEFA Champions League when he made his debut in the competition against Napoli aged just 17 years and 287 days old.

This season Vandevoort has played seven times in the Jupiler Pro League for Genk – earning an average Sofascore rating of 7.00.

Liverpool would appear to be on the lookout for a young ‘keeper having recently been touted as potential suitors for Turkish number one Ugurcan Cakir.

Unfortunately, Liverpool know all too well the value of having high-quality backup goalkeepers at their disposal.

Alisson Becker has been sidelined all too frequently in the last two seasons, at first affording Adrian his opportunity to shine before handing Caoimhin Kelleher an opportunity this season.

Check out the latest transfer rumours from the Premier League, La Liga, Serie A, Bundesliga and more

Kelleher in particular equipped himself admirably in Alisson’s absence and may be left questioning where his future lies should a first-choice understudy arrive this summer.

At 19, Vandevoort would still have plenty of development to undertake before he would be considered for Jurgen Klopp’s first team and would likely mean Kelleher remained as number two.