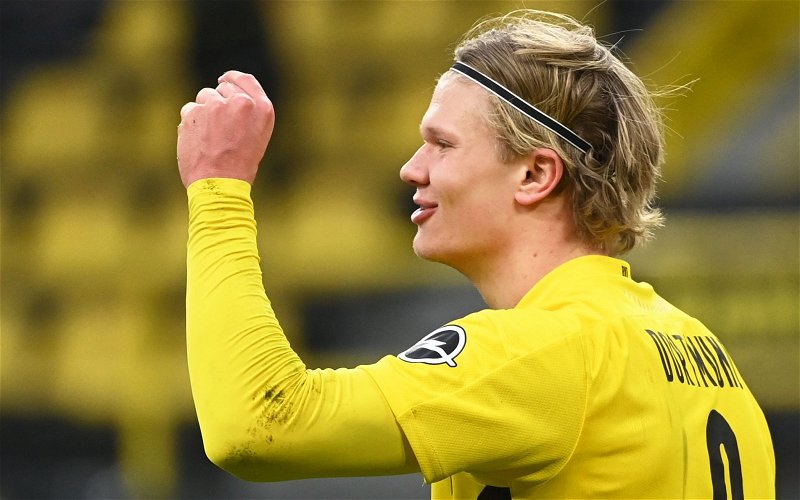 A combination of Liverpool’s dismal run of form and financial constraints could cost the club a chance of signing Borussia Dortmund superstar Erling Haaland, according to a report from ESPN.

The report outlines the abundance of potential options available to Haaland with clubs who would be interested in signing the Norwegian ace, with Real Madrid, Manchester United, Juventus, Chelsea, Manchester City and Paris Saint-Germain all in contention.

Each of those top clubs have their drawbacks and plus points stated that could attract the 20-year-old, whilst it’s the romantic notion of the Reds and the lure of Anfield, something Haaland has hailed previously, that could stand Liverpool out from the rest.

Unfortunately, given the financial issues following the coronavirus pandemic, Liverpool aren’t believed to be in a position to match their competition this summer, when the striker could fetch upwards of £100m.

But it’s not just financially where the Reds may fall short this summer.

What looks to be the impending failure to qualify for next seasons UEFA Champions League via the top four would almost instantly rule them out of the running.

Should Dortmund want to cash-in on the 29 goal ace they would look to sell before a £65m release clause becomes active in the summer of 2022.

Liverpool’s best chances of Champions League qualification look to be winning the competition this season for the seventh time, something based on current form looks near impossible.

As for Haaland, the best hope the Reds have is Dortmund’s refusal to sell this summer and acceptance of a lesser fee next year, when Jurgen Klopp‘s side are hopefully back to their best and ready to compete for the superstar.

Haaland is very much the next big thing and there’s no chance any top club would step aside in this race of their own volition.