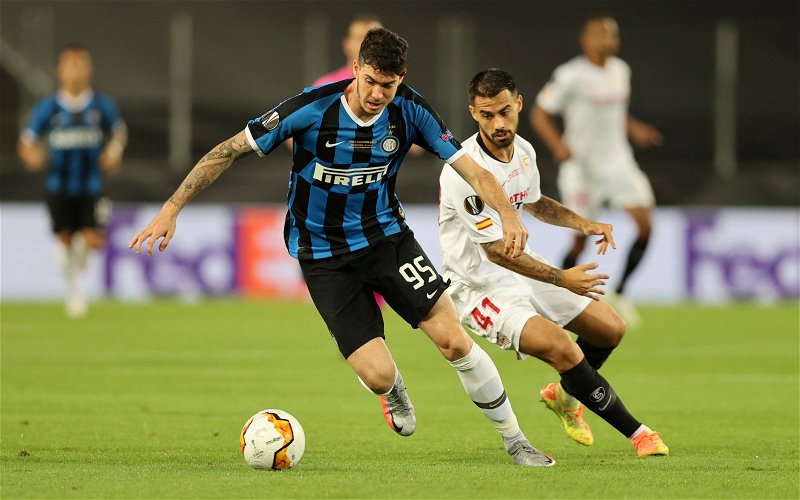 Liverpool have been named as one of the clubs willing to splash the cash for Inter Milan centre-back Alessandro Bastoni, as per a report from Gazzetta dello Sport (via Sport Witness).

Following an initial report from fellow Italian outlet CalcioMercato claiming the Reds had made an enquiry for the 21-year-old, it is claimed the Anfield club are one of a few sides that would have ‘no problem shelling out (at least) €50m.’

Barcelona and Bayern Munich are the other sides credited with a deep-rooted interest in Bastoni, who has played three-times for the senior national team already.

There is one quite major stumbling block, however, in that Inter are steadfast in their desire not to sell the talented youngster.

It’s clear to understand why the Serie A leaders would be reticent to sell, having made 32 appearances this season in all competitions at an average rating of 6.90 a match (Whoscored).

Whilst Bastoni would present perhaps the perfect summer defensive signing, it does look to be almost impossible to prize the ace out of the San Siro.

Compared to 20-year-old’s Ozan Kabak’s time with Schalke this season prior to joining the Reds on deadline day, Bastoni stacks up well, conceding 18 fewer goals despite playing 10 more matches (Squawka), albeit playing in teams with differing fortunes.

Unlikely as it may be, Liverpool should certainly test the waters for an extremely talented defender.