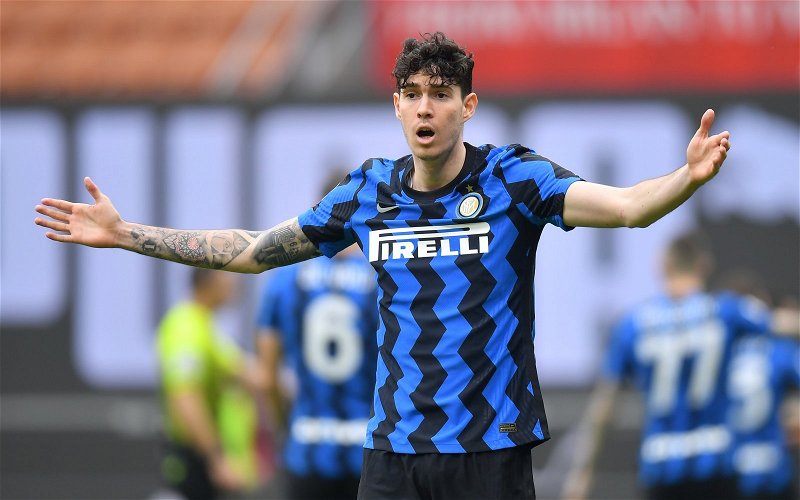 Liverpool have reportedly made an enquiry to Inter Milan regarding talented central defender Alessandro Bastoni according to CalcioMercato.

The Reds are said to be ‘very interested’ in the Italian 21-year-old, as are Barcelona – but Inter are currently unwilling to discuss any possible transfer.

In fact, the Italian outlet suggests the Serie A leaders are more interested in extending Bastoni’s contract, which currently expires in 2023.

Despite the centre-halves tender age, Bastoni has already made giant strides in senior football – having represented Italy on three occasions at senior level and recording 65 Inter Milan appearances in his short career.

Signed from Atalanta in 2017 for £29m as a highly regarded teenager, the 6’2 starlet has proven to be value for money as he helps the Nerazzurri begin a return to their former glory.

Since his arrival, Bastoni has also seen his market value grow, now said to be worth £45m (Transfermarkt).

In 24 Serie A appearances this season the youngster, who has been tipped to emulate Italian greats by national team manager Roberto Mancini who said he could ‘become the new Bonucci or Chiellini’, has earned an impressive average Sofascore rating of 7.11.

Bastoni would be the ideal summer signing.

A young central defender with huge potential who can only get better, especially with tutelage from Virgil van Dijk, Liverpool would be amiss not to at least ask the question.

Unfortunately, at this juncture, it seems as though the response would be a firm no.