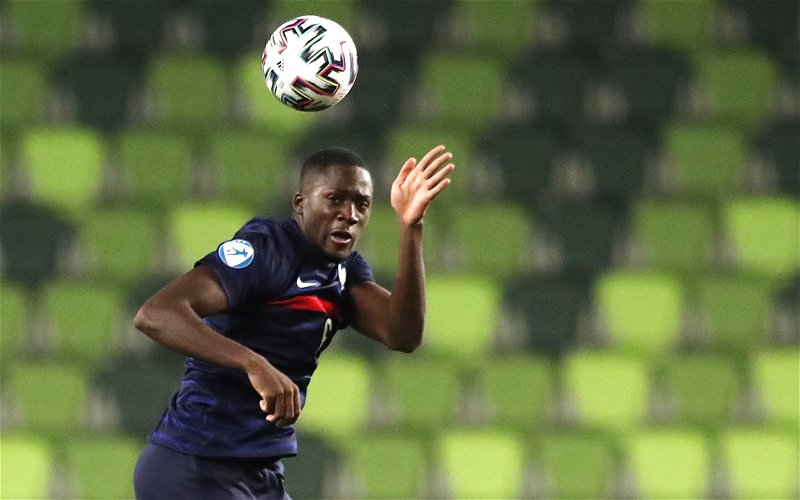 Liverpool have made ‘significant progress’ towards a deal for RB Leipzig centre-back Ibrahima Konate, according to a report from David Ornstein for The Athletic.

The Reds are said to be at an ‘advanced stage’ of negotiations for the French Under 21 international, who has a release clause believed to be around €40m (£34m) – a figure that is expected to be met.

Jurgen Klopp is expected to bolster his defensive ranks after a season plagued by horrendous luck in the department.

Reports over the weekend claimed Liverpool would look to sign two central defenders this summer, one experienced operator and one youngster with potential.

At 21-years-old and highly rated as one of Europe’s elite talents, Konate, who has been tracked by Chelsea, Arsenal and Manchester United, would certainly tick the promising youngster box.

This move would bring into question whether the Reds will activate the £18m option to buy installed on Ozan Kabak’s loan deal this summer.

Konate himself has struggled with injuries in recent times, missing 15 games this season having missed a troubling 30 fixtures last term.

To sanction the signing of Konate, it would be safe to assume assurances had been made over his wretched recent injury record.

At peak fitness, there’s little doubting the Frenchman’s ability, albeit lesser-seen due to regular layoffs and fitness woes.

In nine Bundesliga appearances this season, Konate has earned an average Sofascore rating of 6.60.

This season has proven Liverpool need additional options next season, therefore landing Konate and Kabak for a combined fee of around £50m would be viewed as incredible business.