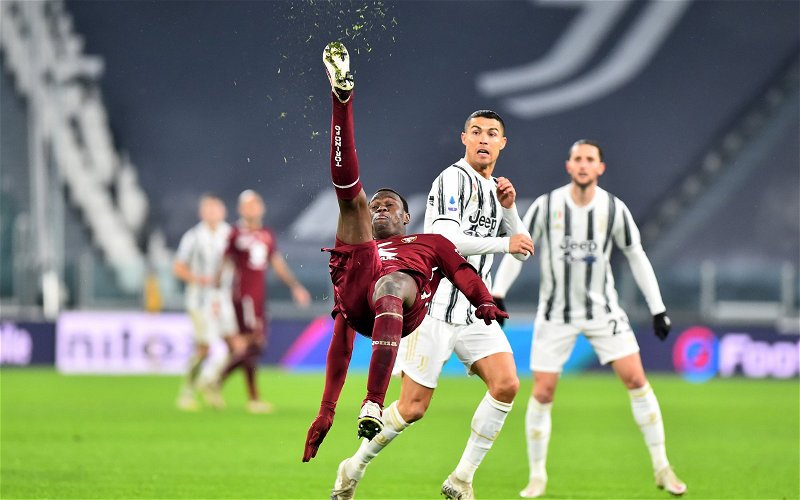 AC Milan are widely reported to be chasing the 20-year-old and could now face competition from the Reds.

Singo is believed to be on Jurgen Klopp‘s radar, although the president at the Serie A club, Urbano Cairo, has issued a €30m (£26m) or no deal ultimatum.

The whole complexion could change, however, should Torino be relegated from the Italian top-flight – with the club nicknamed I Granata, teetering above the drop zone in 17th currently.

Having arrived in Turin from his homeland club AS Denguélé in 2019, the Cote d’Ivoire born youngster made his Serie A debut last season.

This term has been a breakthrough campaign for Singo, making 23 appearances across all competitions, operating as both a full-back and a right midfielder.

The Welsh youngster has acted as understudy to Trent Alexander-Arnold this season, often with distinction.

Should Klopp act to bring in another young right-sided full-back, albeit a versatile one, it’d be safe to assume Williams may head out on loan at least next season.

Alexander-Arnold’s progression into midfield has often been discussed and maybe Singo and Williams are the long-term successors to the right-back throne.