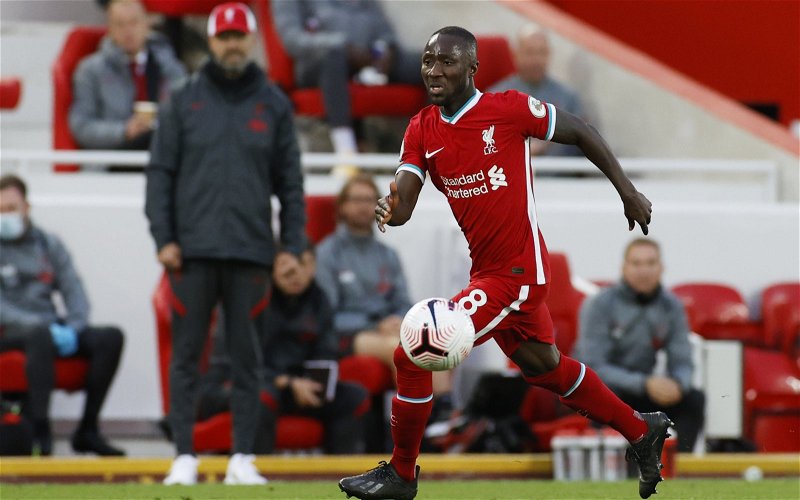 The report cites that the Reds could receive £35M for the Guinea international, £13m less than they paid RB Leipzig back in 2017 (BBC).

Having arrived with high expectations, Keita has been unable to live up to his billing on Merseyside having been plagued with injury problems.

The 26-year-old has repeatedly picked up niggles and subsequent fitness issues, leading to missing 53 matches due to injury during his Liverpool career.

Highly regarded by Jurgen Klopp and his teammates, Virgil van Dijk previously hailed the midfielder as ‘world class’ after his starring role in a 5-3 victory over Chelsea last season.

Unfortunately, it’s gotten to the stage now whereby should a significant offer come in for the Guinean, it may have to be considered.

Whilst most Kopites can see the ability Keita possesses, each false dawn takes away a little more optimism.

Seemingly an inability to stay fit for prolonged periods doesn’t lend itself to Klopp’s plans and each promising comeback has to be caveated with the hope he can finally stay fit.

The mooted £35m fee may represent a loss, but at this stage should the interest be genuine, that money would be a huge boost to Liverpool’s own summer plans.