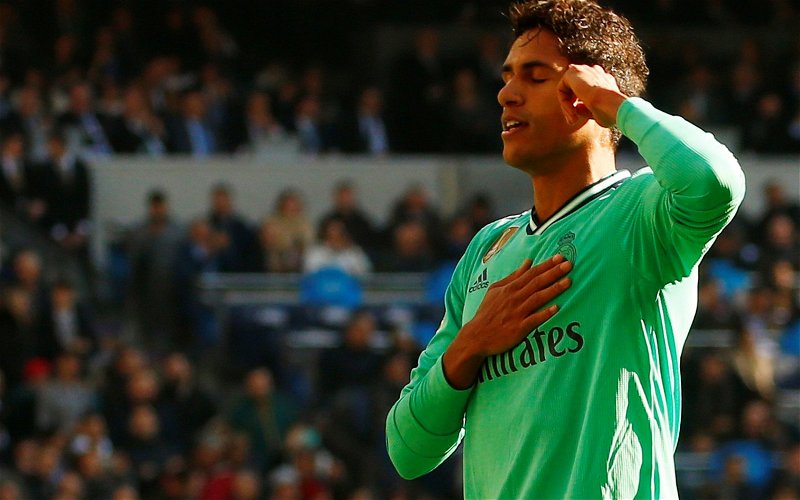 Real Madrid could look to sell Raphael Varane this summer should the Frenchman not extend his stay at the Bernabeu, as reported by the Metro.

The central defender, who has been linked with Liverpool in recent weeks as well as arch-rivals Manchester United, has around 18 months left on his current deal and officials at the Spanish giants are keen to tie the star down beyond that.

However, this summer presents the last realistic opportunity to land a premium fee for the 27-year-old, should there be no positive resolution to contract talks.

This report claims that should no agreement be possible, Real will sell in order to avoid losing the World Cup winner for either a cut-price fee next January or for nothing in the summer of 2022.

Liverpool boss Jurgen Klopp will be looking to bolster the defensive department as a matter of priority, having lost each option from the start of this season, leading to a dismal Premier League title defence.

Valued at £63m (Transfermarkt), Varane is handily placed among the elite defenders in the world, although recently ranked behind Reds superstar Virgil van Dijk.

It could be argued Liverpool don’t need another elite option to partner van Dijk, moreover, able backups should either of the ‘sensational’ partnership formed between the Dutchman or Joe Gomez become unavailable.

But, opportunities to sign players of the Frenchman’s calibre don’t present themselves often and with a contract potentially in its final 12 months, the Reds could be able to strike a deal that would make Varane a no brainer.