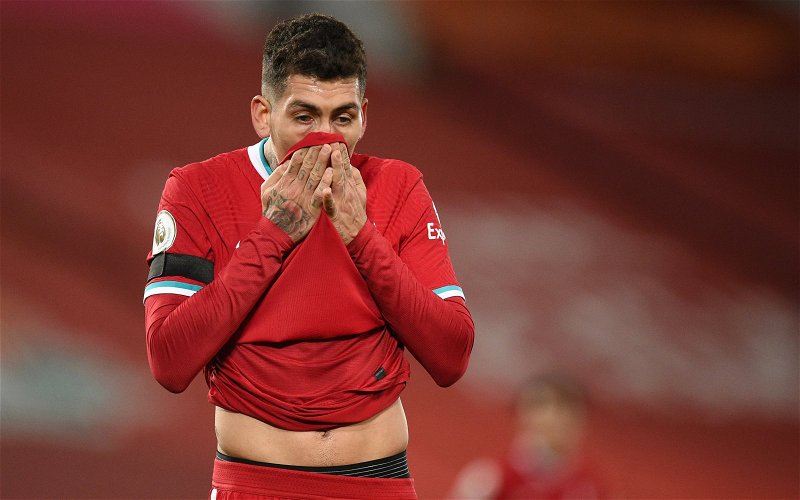 Liverpool forward Roberto Firmino is attracting interest from Atletico Madrid, according to a report from Spanish outlet El Gol Digital.

This comes after current Atleti frontman Luis Suarez was recently linked with a sensational return to Anfield, now it has been suggested Firmino could go in the other direction.

Manager Diego Simeone is believed to be an admirer of the Brazilian’s playing style and could make the 29-year-old part of the remodelling of his strikeforce after Diego Costa left earlier this term and Antoine Griezmann joined Barcelona.

Firmino has fallen below his previous powerplay.com standards this season having previously been heralded as the man who made Liverpool’s famous front three tick.

Despite offering all his usual qualities in terms of being able to create space in behind and triggering Liverpool’s high-press, the Brazilian has suffered a major crisis of confidence in front of goal.

With just six goals in 37 matches across all competitions this term – compared to 16 in 48 matches the 2018/19 season – Firmino’s level has been on the decline for some time now.

Valued at £49.5m (Transfermarkt) and under contract until 2023, this summer would likely present one of the few remaining opportunities to land a premium fee for the flamboyant frontman.

However, as Jurgen Klopp plans for another tilt at toppling Manchester City next term, this is;t the summer to be selling prized assets, albeit one perhaps struggling for form.

Firmino still has plenty to offer the Reds, especially with a slightly altered squad role and perhaps positional change as Klopp looks to utilise Diogo Jota for what should hopefully be a full season.