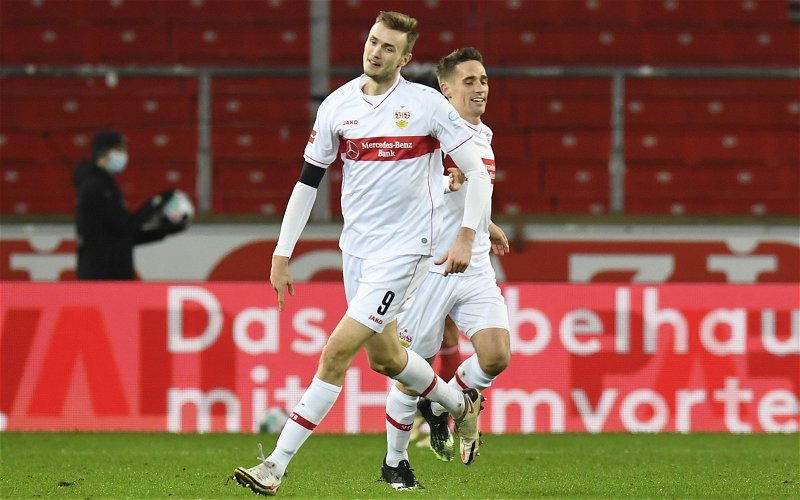 Recently, links have emerged between Liverpool and Stuttgart striker Sasa Kalajdzic as the Reds go in search of summer signings.

Not alone in their interest, the Reds are joined by cross park rivals Everton, West Ham, Juventus and RB Leipzig in holding the 23-year-old in high esteem.

This fresh report from Bild via Transfermarkt has furthered the claims, suggesting Stuttgart will demand €25m (£21.5m) for their Austrian international.

Standing at 6’7 tall, Kalajdzic has drawn expected comparisons to former Anfield favourite, Peter Crouch, and has also admitted his ‘special connection’ to Liverpool.

This season the towering 2-cap Austria ace has scored 13 times in 25 Bundesliga appearances.

Signing a striker of Kalajzic’s ilk would be a monumental shift in plan from Jurgen Klopp.

Whilst the Austrian possesses more than just target man qualities, there’s no getting away from his strengths lying aerially.

There’s no doubt Liverpool need a plan B when teams sit deep and make themselves difficult to unlock.

However, although it’s not out of the realms of possibility, signing a player so far removed from what is currently at Klopp’s disposal doesn’t seem likely this summer.