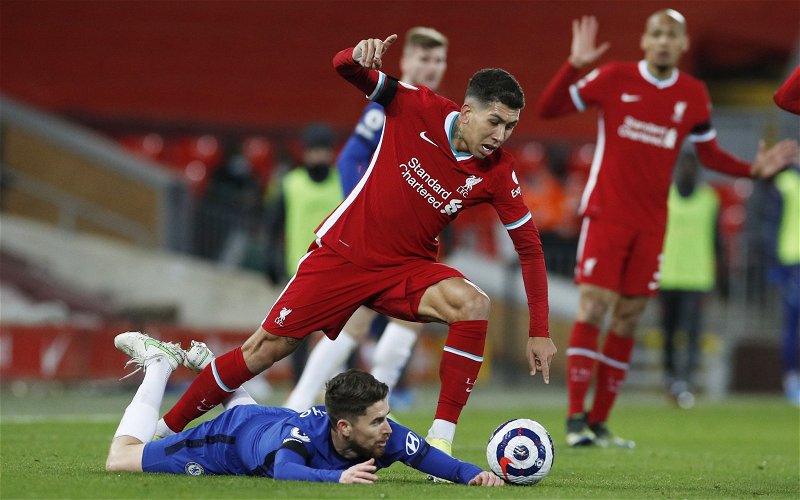 Roberto Firmino could miss Liverpool’s Champions League clash with RB Leipzig through injury, having not trained on Tuesday.

The Reds take on the Bundesliga side in Budapest on Wednesday evening, taking a 2-0 lead with them into the second leg and looking to make it into the quarter-finals.

Liverpool may have to make do without Firmino again, however, with the Brazilian still struggling with the knee issue that kept him out of the 1-0 defeat at home to Fulham, according to the Times‘ Paul Joyce on Twitter.

Jurgen Klopp will be looking to get a response out of his side against Julian Nagelsmann’s men, following some woeful Premier League form.

Firmino likely being out means Mohamed Salah, Sadio Mane and Diogo Jota could all start, in what looks like an exciting front-three.

In truth, the Brazilian’s poor form means he may even have struggled to make the starting lineup if he was fit, now that Jota is back in the fold.

Liverpool just need to get through this tie, even if it’s in ugly fashion, reaching the quarters and going into a three-week break later this month knowing they have another huge European game to look forward to.

Exiting the Champions League on Wednesday night would be another major low point in a season that is threatening to fall to pieces – the prospect of that happening doesn’t bear thinking about.