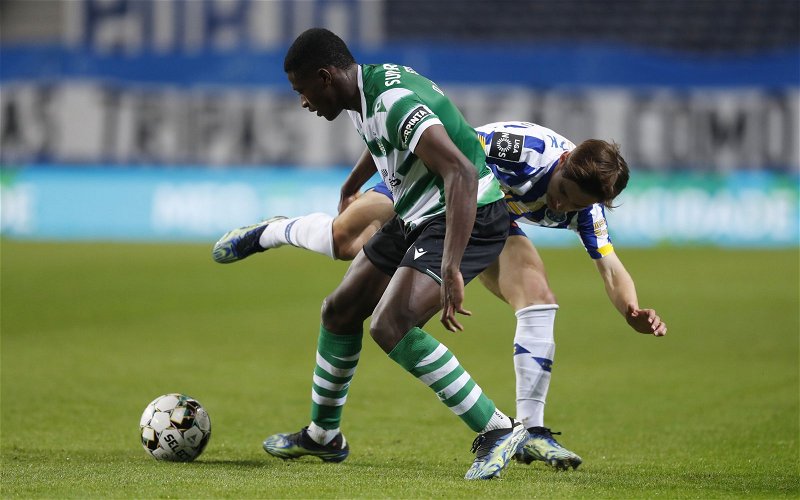 Sporting CP are prepared for a summer bid for left-back Nuno Mendes, with Liverpool potentially interested in him.

That’s according to A Bola [via Sport Witness], who claim that the 18-year-old wonderkid won’t be allowed to leave ‘at any price’ at the end of the season.

Mendes has a whopping €70million release clause in his Sporting contract, but a lower bid than that would reportedly be subject to ‘analysis, and eventually, negotiation’.

Liverpool have been linked with a move for the Portuguese star in the past, but he has stayed put for the time being, making 18 Primeira Liga appearances this season.

Mendes looks a player of enormous potential, considering he is already a regular for a top European side at just 18 years of age, so the Reds’ rumoured interested is exciting.

It is vital that Jurgen Klopp continues to plan for the future, not allowing his squad to grow stagnant – something that is arguably happening this season – bringing fresh blood into his squad.

Andy Robertson is still unquestionably Liverpool’s first-choice left-back, but he soon turns 27 and won’t be around forever, highlighting the need for top class reinforcements.

Mendes could possibly be the man to come in as the Scot’s long-term replacement, with a goal and two assists to his name in the league this season, not to mention an average of 1.6 tackles and 2.3 interceptions per match, showing he can be effective at both ends of the pitch.